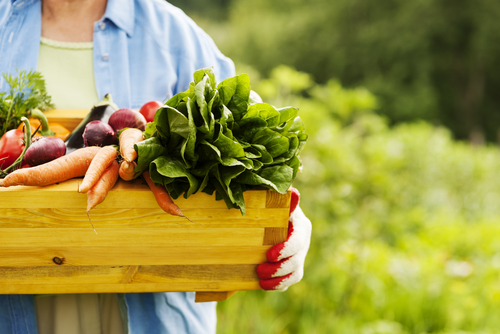 Diabetes is one of the most common chronic diseases in the world. According to the International Diabetes Federation (IDF), one in 11 people aged 20-79 have diabetes. That totals 469 million people in the world.

Diabetes affects almost every organ and organ system of the body eventually. The most important thing that a person suffering from this disease can do to reduce the possibility of complications is to maintain healthy blood glucose levels, which can only be achieved by having a low-carb diet.

In this post, we will see how carbohydrate reduction in food intake can help you control this disease.

Diabetes and the Role of Food

The key component of diabetes is the reduction in the body’s ability to process and use carbohydrates effectively. When we eat carbohydrates, our body breaks them down into smaller units called glucose, which ultimately end up in the blood.

In a normal person, when the level of blood glucose goes up, the pancreas releases a hormone called insulin. This hormone allows the cells of the body to absorb glucose and save it in the form of starch that the body can later metabolize for energy.

For those who do not have diabetes, the level of blood glucose is maintained in a narrow range – something that’s necessary for the body to function properly.

However, this system works differently in diabetic people. There are several types of diabetes, but two of them are the most common.

In type 1 diabetes, the beta cells of the pancreas that are responsible for making insulin are destroyed by an autoimmune anomaly. As a result, there isn’t enough insulin in the body to regulate blood sugar levels.

Patients who have type 1 diabetes need to inject insulin regularly.

In type 2 diabetes, the beta cells produce insulin, but the cells of the body develop insulin resistance. In response, the beta cells have to produce more insulin. But as the resistance persists, they eventually give up.

Patients who have type 2 diabetes can manage their blood sugar level by medications that reverse insulin resistance/tolerance. However, eventually, they too will have to resort to externally injecting insulin.

How Can Carbohydrate Reduction be Helpful for Managing Diabetes?

The food we consume is made up of three main types of nutrients: proteins, fats, and carbohydrates. Out of these three, carbs have the most impact on blood glucose levels; that’s why reducing the number of carbs in food intake can help manage diabetes.

Moreover, according to the real-world data collected and analyzed by StuffThatWorks.health, carbohydrate reduction is the #1 most effective treatment to type 2 diabetes, and worked in the following ways:

A study by Jörgen V. Nielsen and Eva A. Joensson, published by the National Institute of Health of the U.S., found that people with type 2 diabetes who ate a low-carb diet for six months could easily manage their disease if they stuck to the diet. The effects were significant even three years after the treatment.

Despite all this scientific evidence, eliminating carbs totally from your diet isn’t the best approach to managing diabetes. There is an optimal level of carbs that you need to consume to control this condition, while also remaining healthy.

The ideal level of carbohydrate intake for people who have type 2 diabetes is a controversial topic among the medical community.

According to a study by William S. Yancy and Marjorie Foy, published by the National Institute of Health, a significant reduction in blood glucose levels and body weight was observed in people who had their carbohydrate intake restricted to 20 grams a day.

Dr. Richard K. Bernstein from Mamaroneck, New York, who has type 1 diabetes and is an advocate of carb restriction, has noted that reducing carb intake to 30 grams a day has excellent impacts on blood sugar management. He has tried it on himself and his patients.

However, there is other research evidence that establishes that a more moderate approach to carb restriction, in the range of 70-90 grams of total carbs a day or 20% of the body’s calorie requirement from carbs, is also effective.

Keep in mind that the optimal carb intake also varies from patient to patient. Let’s see what American Diabetes Association (ADA) has to say on this.

According to the ADA, there is no singular approach of carb restriction that can work for all patients. The correct route for this is personalized meal plans with considerations of the patient’s dietary preferences, physical activity, and metabolic goals.

The ADA also prefers that patients coordinate with their healthcare professionals to work out the optimal carb intake for their body.

How to Find Out the Optimum Carb Intake?

The best way to figure the optimal carb intake is to measure your blood sugar just before a meal and then another two hours after a meal. The goal is to maintain a blood sugar level under 140 mg/dL. As long as the reading is below this, you can add 6 to 25 grams of carbs to every meal.

It all depends on your body’s ability to metabolize carbs, and that differs from person to person.

According to healthcare professionals, instead of eliminating carbs altogether, you need to replace them with high-fiber, nutrient-dense carb sources like berries, nuts, vegetables, fruits, and seeds.

Carbs mainly come from the plant food we consume. Plant-based carbs can be divided into starch, fiber, and sugar. Blood glucose levels are only elevated by starch and sugar.

Fibers naturally found in food, regardless of being soluble in water, cannot be digested by our body and hence cannot increase blood sugar levels. So, if you consume a food that has five grams of carbs, out of which three are fiber, your net carb intake will be two grams.

Some types of fiber even improve your body’s ability to regulate blood sugar levels.

According to a study by Parvin Dehghan and Bahram Pourghassem Gargari, published by the National Institute of Health, prebiotic fiber like inulin has a positive impact on fasting blood sugar levels in people with type 2 diabetes.

Before we conclude this post, let’s see what are some of the foods that you can or cannot eat as a diabetes patient, as it is not feasible to look up the dietary content of everything you eat.

Foods Diabetics Can and Cannot Eat

As a general rule of thumb, your focus should be to eat low-carb nutrient-rich foods. Keep track of your blood sugar levels to determine which food suits you.

With that being said, here are the foods that you can and cannot eat.

Diabetics can eat the following foods without any restriction:

Depending on your body’s response to carbs and how well-managed your blood sugar is, you can consume moderate amounts of the following foods:

The following foods have a high carb content and should be avoided by people with diabetes:

Diabetes is a chronic illness with no set management. It can damage all the systems of your body unless properly managed. Multiple studies have pointed out that carbohydrate reduction can be a viable way to manage and control the effects of this disease.

As the response to this disease in the human body differs from person to person, you need to work out what is best for you and maintain a healthy diet to control the negative effects of diabetes on your health, in coordination with a health professional.

Andrew is an enthusiastic blogger and health and fitness expert.He is very passionate about writing on health, fashion, technology, education, travel etc.He is associated with Spyder Outlet Inc.

Want to ramp up your running routine? From pricey pre-workout powders to fancy fitness

Healthcare is one of the fastest-growing industries in the world. In developed nations, healthcare