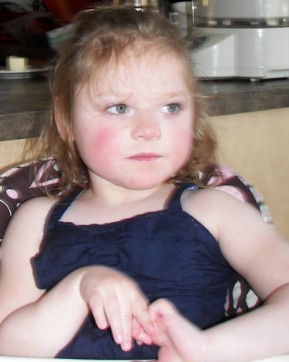 Last week I had a fascinating phone conversation with rare disease advocate, Ed Fennell. Full of energy, he is helping to care for 2 young granddaughters – each with a rare disorder.

Hayley, who is now 6 years old, had her first seizure at 6 weeks old. It took 2 years for the family to get a diagnosis of CDKL5 Atypical Rett Syndrome. Hayley has very few physical illnesses, but has severe developmental delays. Fennell is hopeful that she will be able to communicate 1 day using eye gaze technology.

Two-year-old Emily lost 98% of her small intestine and has Short Bowel Syndrome. She has a permanent IV line, parenteral feeding and ileostomy bag. Emily is thriving, but they are constantly on guard for infection.

Fennell is mostly retired after a 35-year career running a private consulting business on labor issues. He now spends his days helping to care for his 2 granddaughters. When Hayley started school last year, Fennell found himself with time on his hands. Instead of relaxing, he decided to take action. He wrote a letter to the local teaching hospital, Albany Medical Center, that described the importance of rare disorders and that the hospital should get involved. “I described how rare disease families wait too long for a diagnosis, don’t know where to go for care and need to be handled with greater efficiency,” said Fennell. He proposed engaging the rare disease community with the hospital and holding an event on Rare Disease Day.

To his pleasant surprise, Albany Medical Center responded with a budget and resources. They created Albany Medical Center’s first forum for rare diseases on February 28, 2013. Held at the hotel connected to Albany Medical Center, more than 85 people attended including: rare disorder patients/caregivers, special ed staff from local schools, early intervention specialists, public health nurses, reps from advocacy groups and 6 physicians. “This diverse and excited group felt we had started something unique,” explained Fennell. “The decision to collaborate with the medical center was innovative and getting their support was key.”

The next challenge
“My next goal is to expedite the diagnostic process for rare disorders at Albany Medical Center and within the region,” said Fennell. “When doctors find something mysterious they shouldn’t presume it’s not a Zebra. They should try the new rare disease search engines, like FindZebra.com. They shouldn’t hesitate to get their patients appointments with national centers of excellence for a consult.”

Fennell described the importance of getting a diagnosis, “We need a diagnosis so we can get introduced to other people dealing with similar circumstances. You then become part of that family.”

“I also want to help coordinate the ongoing, long-term chronic care administration of services for rare disease families at Albany Medical Center,” noted Fennell. “Over time, we learned how to do this with our children and I want to help others get fast tracked.” 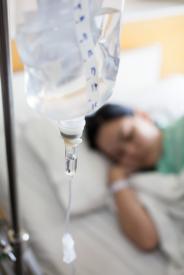 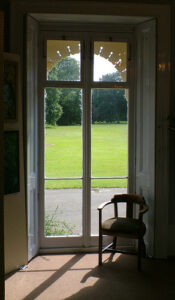