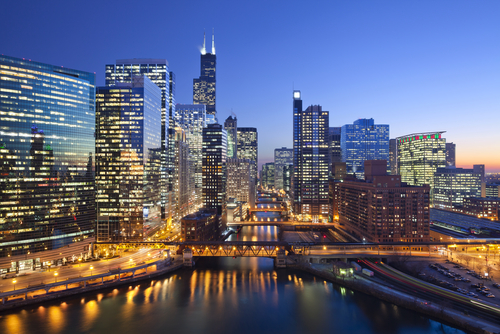 Chicago: The Future Health Tech Hub of the US?

Almost every industry in recent decades has fundamentally changed its processes, except health care. The care process has not been redesigned, despite the fact that we have never had better technology, and we all know that if we designed a system from the ground up today, it would look nothing like the one we have. So, as tens of thousands of health and technology experts descend upon Chicago for the annual HIMSS conference this week, the city will do what is does every day: debate and innovate in health technology.

Almost every industry in recent decades has fundamentally changed its processes, except health care. The care process has not been redesigned, despite the fact that we have never had better technology, and we all know that if we designed a system from the ground up today, it would look nothing like the one we have. So, as tens of thousands of health and technology experts descend upon Chicago for the annual HIMSS conference this week, the city will do what is does every day: debate and innovate in health technology. While vising the University of Chicago, current CTO of the Department of Health and Human Services (HHS) Bryan Sivak, noted, “There is no better time in history to be involved in health care or technology,” and Chicago is trying to take advantage of exactly that.

Despite lagging behind other cities in certain areas of the health care ecosystem, Chicago stands poised – if it can make the cultural changes – to soon become the health tech hub of the US. The primary reason is that the city is the epicenter of top minds throughout the care process from medical school residency to association heads to leading insurance companies to health-related publications and conferences.

All The Players Are Present
Not only are the headquarters of the American Medical Association and American Hospital Association downtown, but major influencers such as the American Alzheimer’s Association and American Heart Association are mere blocks from one another. Additionally, Chicago has multiple teaching hospitals, with one of the highest numbers of residents and fellows per capita, meaning more technology savvy providers, more people willing to disrupt the system and more opportunities for medical education revolution and entrepreneurship. This notion is further supported by the continued presence of Walgreen’s headquarters in the close suburbs – now the world’s largest pharmacy after its merger with Boots Alliance.

How Managing Your Tax Brackets Could Help Boost Your Retirement Income
Payers are also a foundation of Chicago’s health scene with Health Care Service Corporation and others towering over Lake Shore Drive, not to mention the vast offices of Baxter, Abbott, MedLine, Allscripts, and the health divisions of KPMG and Deloitte. To round out the ecosystem, Chicago also now claims itself a major player in technology thanks to accelerator spaces like 1871, MATTER and Blue1647, a growing body of venture capitalists, and all the educational and marketing companies one could hope for such as Modern Healthcare, Becker’s and HIMSS.

When we are consistently trying to decrease annual health care spending – currently around $3 trillion, or 18% of our GDP – there is plenty of room for many players. And more and more of those players are coming to Chicago. In conjunction with Chi Health Tech of Health2.0, ACEP (American College of Emergency Physicians) held its annual conference in Chicago so that ER doctors and startup companies could join forces to talk about the future of health IT, based on the real-time needs of Emergency Room physicians. Its board believed that a move to Chicago was necessary to convene all the right players in the right environment.

Playing Catch Up
While there is plenty to be optimistic about and proud of, Chicago has not received a lot of credit for its efforts to date. For example, only a few people from Chicago were on Modern Healthcare’s 2014 list of 100 Most Influential individuals. And, of those who were cited, almost none played significant roles in the mentoring of young startups in the region.

Many in the region attribute the lack of awareness of the city’s offerings to the lack of risk-taking health investors in the Midwest, with several startups creating offices on either coast to attract money from New York or San Francisco. These startups cite that it is most common in the Chicago area to invest in friends, not the companies with the best ideas. Despite this perception, 2015 JLL analyses reveal that nearly $1.6 billion – 50% higher than 2013 – in venture capital flowed into technology Chicago startups in 2014. This made the second year in a row that that the $1 billion threshold was crossed, suggesting that the overall tech industry in the region has staying power.

Others however, suggest that the great challenge for the entire Chicago health ecosystem is the culture. When asked about connectivity and shared resources, it appears that the silos in Chicago are still quite fortified and local resources are not necessarily leveraged in ways that allow for collaboration. One example that was raised on several occasions was the partnership that Walgreen’s could play in running pilot programs in local hospital systems with startup companies, taking advantage of the regulatory and legal minds in the process. One health sector mentor in the city went as far as to say, “If you succeed it’s in spite of our culture, not because of it.”

Or, as Mark Peysakhovich contends, “Our innovation culture has become our political culture. People don’t seem to have gotten the memo that a rising tide lifts all boats.” People like him worry that as the health tech scene grows, those in the region are not taking cues from Silicon Valley and lack enthusiasm and the risk-taking, uninhibited spirit necessary. Instead, health entrepreneurs appear so concerned about protecting their ideas that they are not learning how to communicate or sell them well.

The Next Act Could Be the Best One Yet

Steven Collens, CEO of MATTER asserts, “We have more health care expertise in the Chicago region than anywhere else in the world, but we don’t have a well-connected community that efficiently fosters health technology innovation. MATTER’s goal is to bring the pieces together to accelerate the formation and growth of new health care technology businesses and better enable the region’s established healthcare institutions to innovate faster and better.”

While there is a long way to go to seeing that reality, the mission of MATTER appears to be on target. Further, with Chicago being the President’s hometown and having strong tech and innovation support from Mayor Rahm Emanuel, the local infrastructure has federal and state backing. By leveraging these resources, the local and state government could not only succeed in disrupting the health care system, but they can gain the confidence to help state and federal agencies do the same. With continued efforts from all the local players, and recognition that collaboration and support have to be consistent, Chicago really could be the health tech hub of the United States.

In line with this thinking, HIMSS will be hosting its annual conference in Chicago in beginning Sunday, with the unveiling of its new Venture+ program, a venture fair that will focus on important partnerships and verticals in health care. It will also be aiming to grow the grassroots HX360 – launched with AVIA – to put a spotlight on new and emerging health solutions, with an emphasis on networking opportunities for investors and entrepreneurs. 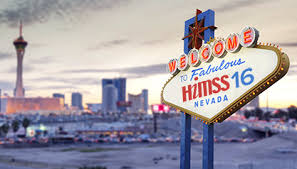 Did HIMSS deliver on its Charter? Transforming 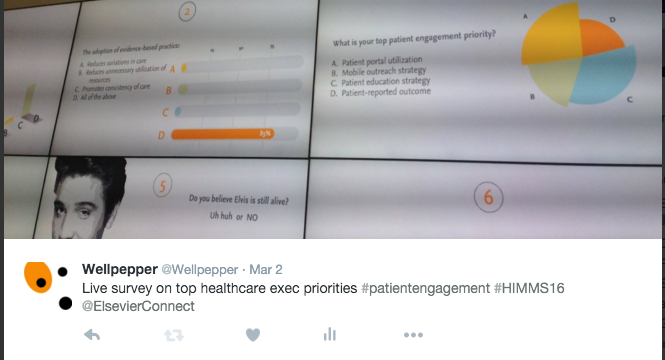 A walk through the trade show floor, and a glance at some of the 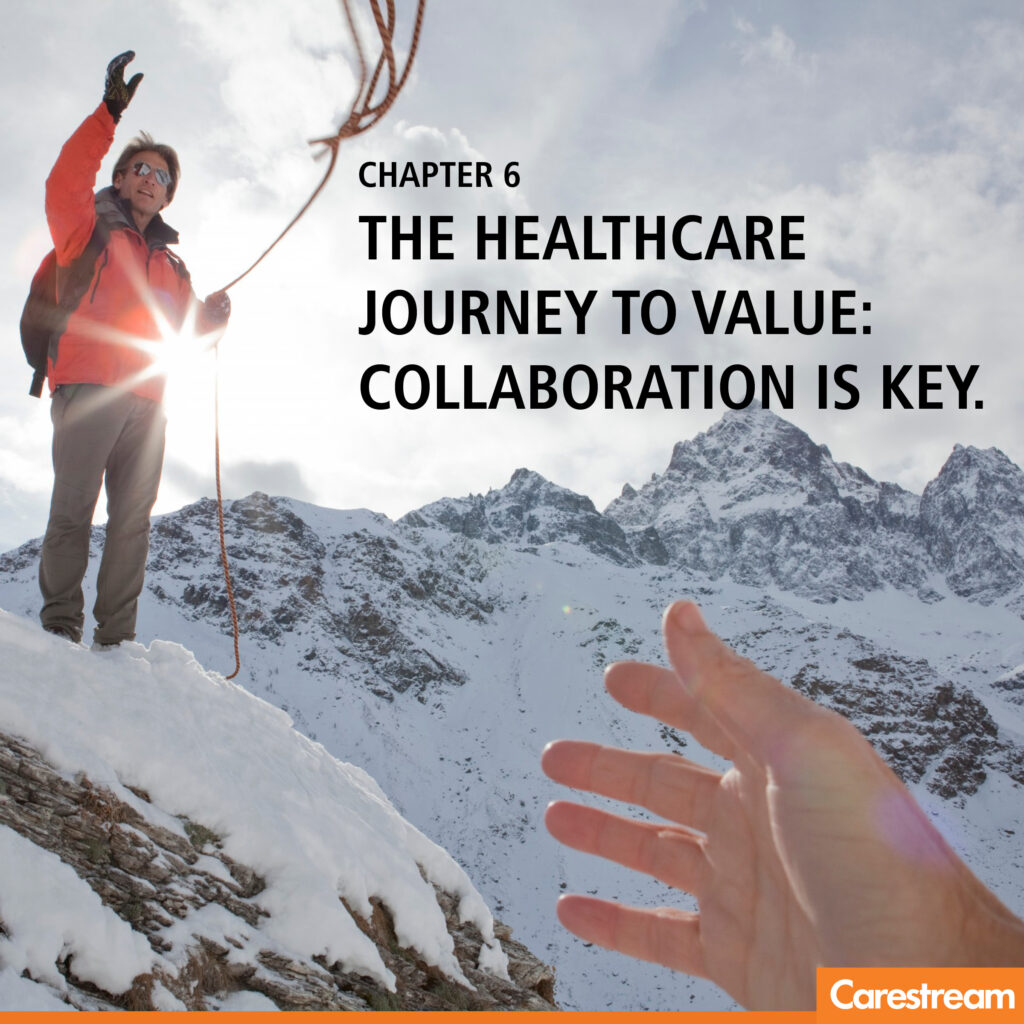 The Healthcare Journey to Value – Collaboration

By Julia Weidman Collaboration and information access in the journey from volume to value. By Julia