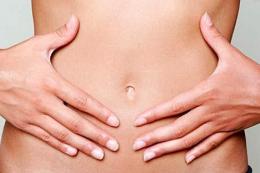 “About 90 percent of people live five or more years when their colorectal cancer is found early through testing.” So begins a report released just yeste

“About 90 percent of people live five or more years when their colorectal cancer is found early through testing.” So begins a report released just yesterday by the Centers for Disease Control and Prevention (CDC) but, despite such strong possibilities for hope, one out of every three adults between the ages of 50 and 75 is not getting screened as recommended. Worse news: of these 23 million Americans who are not properly caring for their own health, over three-quarters are insured and so have access to, at the very least, the most minimal of all tests, a stool test.

Since 2002, the trend line of screening for this cancer has been steadily moving in an upward direction, from 54 percent to 76 percent in 2010. But yesterday’s report shows the line has gone flat — no progress has been made since the last survey for the first time in a decade. The results from the current report are based on data from last year, as the CDC conducts a national survey of more than 200,000 Americans every two years. Who, then, is failing to get screened?

The CDC found the people who are less likely to get tested are men and those between the ages of 50 and 64. People who don’t live in cities and those with lower education and income also fail to be screened more often than other groups. In terms of ethnicity, Hispanics as well as American Indian and Alaska natives show lower rates of testing.

Three standard tests for colorectal cancer are recommended by the U.S. Preventive Services Task Force: colonoscopy, stool tests, and flexible sigmoidoscopy. Stool tests are the easiest on the part of the patient and consist of either a guaiac fecal occult blood test (FOBT) or a fecal immunochemical test (FIT). The usual procedure is a provider mails an FOBT/FIT kit directly to a patient, who then completes the test at home and simply mails it back. From there, the kit is sent to the lab.

Despite the ease of a stool test, the go-to screening recommendation of most doctors is a colonoscopy. This invasive procedure, during which a tube is inserted to examine the intestines, requires considerable preparation on the part of the patient — cleaning the bowel (i.e., taking laxatives to promote diarrhea) and then no eating or drinking the night before as well as the day of the test. In most cases, anesthesia during the procedure is also involved so a patient is also required to arrange for someone to pick them up from the appointment.

Not surprisingly, the CDC has found that many people would prefer the more simple FOBT/FIT if their health care provider gave them that option. Studies show that when individuals are given a choice of tests, they are more likely to actually get one done. Another concern is that among those who have never been tested, some reported their providers did not notify them that it is recommended they be tested every five years beginning at the age of 50. Colorectal cancer is the second leading cause of cancer death in both men and women in the U.S.

Based on yesterday’s report, the CDC is recommending an increased use of all screening tests for colorectal cancer. Screening may save thousands of lives each year, but it only works when people pick a test and do it. 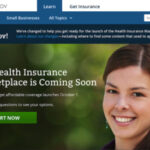