Common Sense: Where Has it Gone ? 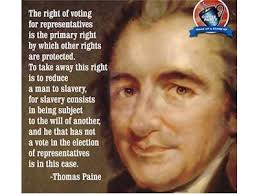 Common Sense has been replaced by Conventional Wisdom.  A radical thought by Thomas Paine, one of the founders.

Here we are less than one week to elections. After four years of executive leadership by the current administration we see a commander in chief who is able to set forth goals, but one who is unable to implement his plan effectively

With all the negative press regarding Obama’s poor performance, why does he remain relatively popular. Even I when I listen to his oratory , become excited by his rhetoric…he is a hypnotic speaker, well versed in public speaking, performing much like a ‘method actor’ careful cadence, organized presentation, highly articulate, with symbolic hyperbole about America’s perseverance. This comes after a history of much of his pre-presidential interest negative opinions of the United States. Michelle Obama summed it up when he was elected. “ This is the first time I am proud of the United States. Is “Obama an Equal Opportunity President” Has this been a fine example of the ‘Peter Principle”?

In 2010 the accountable care act was passed, after two years of highly partisan wrangling, at the end of which no Republican legislator could be convinced to vote for the law. That in itself is a marker for voter disapproval with the law.

Whatever success this administration had with the ‘war on terror’ was left over from the Bush administration. Most of the work on finding Bin Laden had been done by the former . The boots on the ground were largely the same special forces teams and CIA intelligence operation that began the search.

We can look at the accountable care act from a new focused perspective now that some of the changes have gone into effect and some other large ones loom for January 2013 which is less than two months away, and also take place shortly before inauguration.

One thing is virtually certain, if the new president is Mitt Romney he will by executive order bring the process to a screeching halt for further review of implementation in a business like manner. Can the new President do this? Yes and no.

Here would be the process:

Not exactly, according to two Georgetown University professors writing this week in the online version of the Journal of the American Medical Assn.But there are some things President Romney would be able to do if he won, and more if he were joined in Washington by a Republican-controlled Congress.

Romney’s campaign website promises that the former governor of Massachusetts would make the undoing of the Patient Protection and Affordable Care Act— often referred to as “Obamacare” — a priority:

“On his first day in office, Mitt Romney will issue an executive order that paves the way for the federal government to issue Obamacare waivers to all fifty states.”

But any attempt by Romney to unilaterally repeal the entire law would run afoul of the U.S. Constitution, which requires that the president “take care that the laws be faithfully executed,” according to the authors, both lawyers who teach at Georgetown.

The ACA does allow the president to issue waivers to the states, but only so that they can implement alternatives to the law that are better, not worse, write John D. Kraemer and Lawrence O. Gostin. In any case, those waivers won’t be available to states until 2017.

Another thing Romney could probably do is effectively eliminate one of the most-criticized pieces of Obamacare: the individual mandate. Since the penalty for failing to buy an insurance policy is actually a tax, a Romney administration could direct the Internal Revenue Servicenot to collect that tax, sending a signal “that individuals would not be penalized for failing to purchase qualifying insurance,” they wrote. (This would be analogous to Obama’s decision to lay off deportations of nonviolent undocumented immigrants.)

Obama’s project planners are way off in their implementation mandates. Perhaps  business goals can be set and changed as stages progress. However our government’s goals are usually set forth as mandates giving little or no chance for periodic adjustments. It dooms itself to guaranteed failure.

Here are some examples:

Grace Marie Turner writes a some significant length on Forbes “Health Matters” which are repeated here. 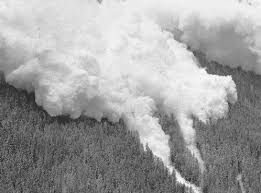 The Avalanche Of New Obamacare Rules
Will Come In January, 2013

When Congress wrote 2,700 pages of legislation to create Obama Care, that was only the starting point in the government’s re-engineering of our health sector. Tens of thousands of pages of regulation –- or more -– are needed to provide detailed guidance dictating exactly how its maze of new programs must operate.

But deadlines are looming for Obama Care for programs that are required to begin in 2014. And the administration is significantly behind schedule, with insiders speculating the White House is waiting until after the election to issue an avalanche of rules, many of which are sure to be controversial.

Government re-engineeringof the private marketplace is a complex task. So far, more than 13,000 pages of federal Obama Care regulations have been issued, but employers, states, and health companies say they need much more.

One recent rule took 18 pages to define a “full time employee.” That’s needed because a company employing 50 or more full-timeworkers must provide health insurance or pay a fine. But part-time employees working fewer than 30 hours a week are exempt. How the government defines a full-time employee has huge financial implications for a company. The rule describes the difference between “variable hour employees” and “ongoing employees,” for example, and how to determine what time period to measure with definitions of “standard measurement periods” and “look-back measurements.”

Employers are hiring battalions of lawyers to help them decipher the bureaucratese, and some companies already have announced they plan to cut the hours of many of their workers so they fit within the part-time threshold, arguing even the $2,000 to $3,000 per-employee fines would more than wipe out their profit margins.

States also are in a quandary.HHS claims it is giving states “significant flexibility” in implementing Obama Care, including the controversial health insurance exchanges, but even those supporting the law are increasingly alarmed because they say they simply don’t have enough information to proceed.

The law requires exchanges to be created as a funnel for hundreds of billions of dollars in new health insurance subsidies and also as a vehicle to implement significant new regulations of the health insurance market.

The exchanges are required by law to begin enrolling members on October 1st of next year, and a huge amount of work needs to be done to meet that deadline.

But first, states need information. For example, the law says that if states don’t set up an exchange, the federal government will swoop in and set up its own, and they want to know what a federal exchange would look like before they decide whether to set up their own exchanges.

The Republican Governors Association wrote a letterto President Obama in July saying, “As the exchange issue is currently interpreted, states are essentially being tasked with shouldering all the responsibility without any authority.”

The governors listed 17 critical questions just on the exchanges that they must have answered before they can determine best how to proceed so they can “have full and complete knowledge of all the implications of our decision.” They are still waiting for a reply.

Health plans also are in a dilemma.Health insurers that plan to offer policies through the exchanges need to know what benefits must be covered and at what price so they can design and price their offerings. And they must get state approval for the new plans before they can be offered in the exchanges, a process which can take up to a year -– or more in some states –- to complete. They also need time to contract with providers, develop marketing materials that meet as-yet-to-be-announced government specifications, and figure out how to navigate the complex web of subsidies, risk adjustment, and calculations for cost-sharing – for starters. They have hundreds of other critical questions.

Dan Durham of America’s Health Insurance Plans said in recent testimony before the House Ways and Means Health Subcommittee, “There is an urgent need for more regulatory clarity with respect to exchanges and insurance market reforms,” adding “there is a tremendous amount of work that needs to be done” if the law is to get up and running.

“Unless such guidance is forthcoming, it will be difficult for health plans to complete product development, fulfill network adequacy requirements, obtain necessary state approvals and reviews, and ensure that their operations, materials, training and customer service teams are fully prepared for the initial open enrollment period that begins on Oct. 1, 2013,” Durham said.

Administration officials are mum on when the regulations will be issued. A Health and Human Services official repeated that prediction in an email to reporters in October. “HHS has worked to give states maximum flexibility in implementing the law and consumers in all fifty states will have access to an exchange” by next October, the official said.

There is some speculation that the regs are being held back because of the elections, since the deeper one dives into the details, the more problems and conflicts are created. But Neil Trautwein of the National Retail Federation says it’s also an extraordinarily complex task.

“We know that many of the regs have been delayed,” says Trautwein. “Part of it I’m sure is the political calendar, but a large part of this, and I can say with some confidence because we’ve worked well with the administration on a lot of these questions, is that the subject matter is so infernally complex. They’ve got a lot of tough questions to answer.”

The fate of Obama Care is, of course, predicated on who wins the election on November 6. If Gov. Mitt Romney wins, he has vowed to begin immediately the process of working with Congress to repeal the law. And Congress will surely begin actively blocking any new rules that come out and working to unwind those already on the books.

But even if President Obama were to be reelected, his Rube Goldberg health law may well implode from the nearly impossible task of re-engineering one-sixth of our economy to fit his centrally-controlled archetype.

Organized medicine reports in AMEDNews, the plan devised by them and Medical specialty Societies for input from medical professionals and providers to place really meaningful health reform. 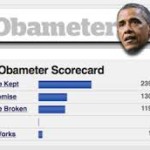 How Is President Obama Doing on His

Summary: What promises were made during the Presidential campaigns? Which promises are falling by