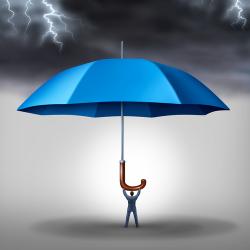 Many readers will be familiar with–and in fact may even have–health savings accounts (HSAs), health reimbursement arrangements (HRAs), Archer medical savings accounts (MSAs), or flexible spending accounts (FSAs). While this may seem like a bunch of alphabet soup, the basic thing to understand is that these are different types of tax-advantaged accounts a person can have that help them to pay for health care costs. The IRS has the official definitions here, although a more user-friendly comparison table exists here.

These accounts differ in who contributes to them, how much they can contribute, what the funds can be used for, and the specific nature of the preferential tax treatment they offer, but the bottom line is that these are all mechanisms by which money can be set aside tax-free–and can in some cases even earn a rate of return–all under the guise of helping to pay for healthcare expenses.

Under the ACA, the funds in these various types of accounts can no longer be used to purchase over-the-counter medications. There is an exception to this, however. If your healthcare provider writes you a prescription for an over-the-counter medication, it can still be reimbursed using funds from one of these types of accounts. As an example, instead of buying a bottle of Aleve, your doctor can write you a prescription for naproxen sodium.

The Burr-Hatch-Upton proposal isn’t satisfied with this, and wants to revert to allowing over-the-counter medications to be reimbursable expenses without a prescription. While that may encourage some wasteful spending, I don’t have a huge issue with that. Likewise, the GOP proposal wants to expand individual’s “eligibility for and use of health savings accounts for consumers.” This would include things like allowing funds from HSAs to pay COBRA premiums when an employee loses or changes jobs. I don’t have an issue with that either, per se. What I have an issue with are two closely related things.

First, these accounts are being pushed in connection with a broader effort to “empower” individuals to buy only the coverage they think they need. Conservative ideas to control healthcare spending tend to revolve around traditional market mechanisms. Thus, they want consumers to have more “skin in the game” and better access to information on the price and quality of healthcare. Together, they envision that leading to more competition between both insurers and providers, which will ultimately drive down the cost of care. If health economics worked like that, they’d be onto something, but it doesn’t–at least not well. So, while I’m all for the idea of HSAs and the like, I don’t see them as a viable alternative to a robust health insurance policy.

Second, these accounts accrue tax benefits and they accrue them disproportionately to individuals with higher incomes, because these individuals are in a higher tax bracket, and because these individuals can afford to put away more money into such accounts. Said another way, if a person makes $200,000 a year, every dollar they put into an HSA tax-free lowers their taxes more than that same dollar would if the person made just $35,000 a year. And, on top of that, the person making $200,000 could well max out their contribution to the $5,650 federal limit, while the person making $35,000 a year would be hard-pressed to set that much aside. So, I’m not a fan of trying to grow a program (or set of programs) that accrue more benefits for the wealthy when there are so many other people–the working poor in particular–who are still unable to get access to affordable health insurance. You can call it consumer directed health care if you want to, but at the end of the day, it’s still a tax shelter.