Medicare Supplement plans are available to Medicare recipients to cover some of the health care costs not already covered by Medicare. These costs may include:

The Medicare Supplement plans offer insureds lower premiums for using in-network hospitals. However, due to the contract renewal between Adventist and Florida Blue, patients with coverage under four of these supplement plans will now be out-of-network at Florida Hospital. This may result in a loss of business for Florida Hospital as those 4,000 patients may choose to search elsewhere for in-network providers.

The Effect of Contract Negotiations Between Hospitals and Insurance Companies.

Failed negotiations and broken contracts make headlines in the health industry, whereas in other industries it may not even warrant a second thought. Although many companies are faced with contract negotiations as a common business practice, the contractual negotiations between hospitals and insurance companies hold an increased significance.

This is the result of the relationship built between patients and their physicians or other health care providers. It can be highly disruptive for a patient to be forced with a decision to switch providers or pay high out-of-network fees. Not all patients have the ability to simply switch insurance companies to stay in-network with certain providers, whether it is due to employer plans or higher premiums.

When contract negotiations between providers and payers fall short, patients take heed and bear the brunt of the effect. This can ultimately result in a loss of patient loyalty for hospitals.

To read more about hospital and insurer contract disputes, why they exist and the effect they have on patients, click here.

If you are a health care provider, there are several things to consider in negotiating a contract:

(1) It is important to understand your existing contract;

(2) Research is required to be best prepared to negotiate;

(3) Spacing out contract negotiations throughout the year is imperative;

(4) It’s necessary to know and provide data during negotiations; and

Contract negotiations involve a lot of research and preparation, and the actual negotiations can be daunting. It’s helpful to have an experienced health attorney to assist you through the process and best negotiate your contract. If you have a payer contract nearing renewal, do not delay in consulting a knowledgeable attorney.

Are you satisfied with your current payer contracts? If not, what are you hoping to renegotiate when the contract is eligible for renewal?

By Jennifer Warren
This is Jennifer Warren, staff writer at GoodFirms – a review and research platform for top ecommerce development companies, blockchain development companies among many others. A bookworm at heart, I have successfully guest blogged for top sites such as Crazyegg, Semrush, Searchenginepeople, Sitepronews, Volusion.com, Socialnomics, jeffbullas, mediapost among others.
Previous Article Mette Dyhrberg talks about application of patient-generated data and self-tracking at Doctors 2.0 & You 2015 #doctors20
Next Article 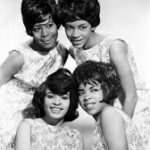 Heroes Behind the Counter & In Other Places