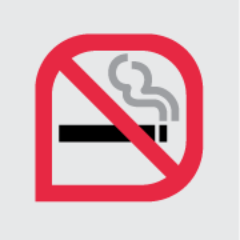 CVS/Pharmacy’s recent announcement that it will cease selling tobacco products in all its stores by October 1 made headlines nationwide. The decision underscores the growing power of the consumer in healthcare, while raising questions about the sale of other products that have an impact on public health.

CVS/Pharmacy’s recent announcement that it will cease selling tobacco products in all its stores by October 1 made headlines nationwide. The decision underscores the growing power of the consumer in healthcare, while raising questions about the sale of other products that have an impact on public health.

In its announcement and in an article in JAMA, CVS emphasized the need to make smoking less socially acceptable. The number of smokers in the U.S. has declined drastically in 50 years, from 42% to 18% of the population, which still leaves 42 million active smokers, costing $132 billion in direct medical costs and another $157 billion in lost productivity. In addition, the irony of pharmacies selling products to promote health while also selling tobacco products was not lost on the authors (or the company, according to its announcement).

Antismoking groups, medical associations and even pharmacy trade groups have placed persistent pressure on retail pharmacies over the years to move away from selling cigarettes, cigars, chewing tobacco and related products. Meanwhile, the Popper and Company team has observed that the combination of primary care physician shortages and increasing demand for primary care services has sparked a rise in retail health/medical clinics and has created opportunities for retail pharmacies to be a major community resource for health and wellness.

The CVS announcement sends a very strong public health message that the company is taking health seriously. Pharmacies make up a small portion of the overall sale of tobacco, but it is hypocritical to sell wellness at one counter, and at another to sell products that contribute to the leading cause of preventable death and can complicate many other chronic conditions.

This brave move on the part of CVS (the decision forces the company to forgo $2 billion in revenue) will forge many positive alliances—including with the patient/consumer who is seeking guidance for a healthier lifestyle, perhaps by quitting smoking. It will also put pressure on other sites of new retail clinics, such as chain grocery stores and other retailers (note that Target and Wegmans stopped selling tobacco products years ago). New opportunities will no doubt arise to bring clinics further out of a formal medical office and into more convenient retail settings. This strategic positioning, meanwhile, will likely launch CVS into further becoming a healthcare company and away from just being a “pharmacy.”

Although other products that can have negative health implications – such as snack foods and alcohol – are still sold by CVS, the Company’s strategy of ceasing to sell tobacco products is one worthy of taking note. The decision also begs the question about how to control other products that may have an impact on public health. Electronic cigarettes (sometimes called “e-cigarettes”) are the subject of a great deal of debate, for example, as they are currently unregulated (though the FDA is working on examining these products), making it unclear how much nicotine is delivered into the body, what other chemical types such as flavorings are built into the vapor system, and other health implications. CVS does not sell e-cigarettes, but will tobacco products be replaced with e-cigarettes in the pharmacy? These products are being marketed to youth and can be used in places where cigarettes have been banned. Perhaps most disturbing of all is that we do not know the long-term impact of the e-cigarette.