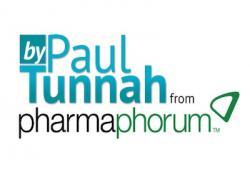 But whether you think the outcome of the result is good, bad or indifferent, watching democracy in action is always interesting – and something we should never take for granted. Arguments aside about whether a ‘first past the post’ system is the best form of representative voting (that’s a whole separate discussion), the General Election gave everyone the chance to make their voice heard, by voting on who is elected to govern the country, based on the policies they present and the potential impact on the voters.

Surely the same logic should apply in all matters relating to healthcare? The patient, who most acutely feels the impact of healthcare decisions, should likewise be able to exercise their democratic right to have their say – and what better place to do so than at any of the myriad of health-related conferences taking place every week.

Which is why I think the ‘Patients Included’ initiative is such a smart – and democratic – idea.

It’s basic premise is that any conference, congress or event taking place within healthcare (which therefore has a consequent impact on patients’ lives) should ensure patients are not only actively involved in the event itself, but also in shaping its agenda. Based on some initial observations by Lucien Engelen, a long-time innovator in healthcare, and subsequently developed by a number of expert supporters, including a number of patients, the Patients Included Charter for Conferences has now been launched.

It states a number of clauses that conferences must adhere to in being classed as ‘Patients Included’, including the involvement of patients and caregivers in the development of the agenda and delivery of the conference (with their costs covered), plus access made available for virtual participants, including live video streaming where possible, to help other patients follow proceedings.

It’s a beautifully simple concept and one that I think will catch on, as more and more expert speakers refuse to attend conferences that do not meet the Patients Included criteria. It will impact all healthcare events over time, including medical congresses. This is good, because the events that I attend featuring patients more prominently are always the more informative and richer in dialogue for it.

But it also raises interesting questions about how far this concept could go within healthcare beyond conferences. What if a clinical trial was not considered valid by the regulatory authorities if patients had not been involved in the design of its protocol? What if no reimbursement decision on a novel therapeutic could be made without direct input and assessment by patients? The list of ideas goes on and on and raises some questions that every organisation in healthcare needs to start thinking about as the patient voice becomes ever louder.

It is another great example of how social media has democratised the conversation within healthcare and, like those making their feelings clear on the UK General Election, means there is no place to hide for activities that do not appreciate the view of the patient. Just like those poor MPs who failed to secure enough support in their constituency, patients will vote out conferences that don’t listen to them.

My advice: keep a close watch on Patients Included, as it’s a marker for not only how conferences must adapt, but all of healthcare.

What Healthcare Can Learn from the G20