This week in Diagnostic Reading, we are looking at ICD-10, as yesterday marked the deadline for the code implementation. We also look at the effects of patient consultations, breast computer-aided detection, and the security of medical imaging technology.

This week in Diagnostic Reading, we are looking at ICD-10, as yesterday marked the deadline for the code implementation. We also look at the effects of patient consultations, breast computer-aided detection, and the security of medical imaging technology.

A closer look at how consultants, hospitals, and IT vendors are working on ICD-10, the new-to-us 20-year old classification system that U.S. healthcare payers and providers must start using as of October 1, 2015.

Yesterday marked the deadline for ICD-10 code implementation and many health IT leaders have applauded the nationwide transition as a necessary step to build more robust medical records. In a statement, the Coalition for ICD-10, a broad-based healthcare industry advocacy group, said the transition to ICD-10 “is a historic moment for U.S. healthcare and a major milestone in the evolving transformation of our 21st century healthcare delivery system.”

According to a study published in the American Journal of Roentgenology, when it comes to the parents of children receiving ultrasound studies patients really want to get imaging findings directly from radiologists. Researchers from Stanford University School of Medicine implemented radiologist-patient consultations after routine outpatient pediatric ultrasound studies at Lucile Packard Children’s Hospital. They found that more than 90% of parents indicated they would prefer to meet directly with the radiologist at every visit going forward.

According to a new study published online Monday in JAMA Internal Medicine, radiologists who used computer-aided detection (CAD) software to read screening mammography exams had no better accuracy than those who didn’t.

5. Are Your Secure? PACS, MRIs and Other Medical Devices at Risk of Being Hacked, Says Security Experts – Radiology Business

According to a presentation made by two security researchers at DerbyCon 5.0 in Louisville, Ky., many healthcare provider computer systems and medical devices in the U.S. are vulnerable to hackers. Using the search engine Shodan, which finds computers based on software, operating software or other specific details, the researchers found access to tens of thousands of hospital computer systems and medical devices. This included a “very large U.S. healthcare system” with more than 12,000 employees and more than 3,000 physicians. The system included 97 MRI systems, 323 PACS Systems, and hundreds of other devices.

The post Diagnostic Reading #46: Five Must-Read Articles From the Past Week appeared first on Everything Rad. 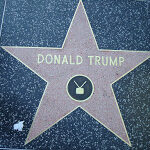