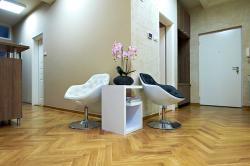 Establishing Your Own Private Clinic: A Case Study We recently worked with a similar clinic in Sydney, Australia. Started by a veteran dentist from India, Parramatta Dentists did not have any prior reputation in the suburb where it was set up. The first task was to gauge the level of competition and expertise present in dentistry in the immediate neighborhood. We realized that Parramatta Dentists was located less than a mile away from two large hospitals – a private WestMead Hospital and an even larger public WestMead Hospital. Besides this, there were also close to 7 small to medium dentistry clinics in a 3 square mile radius.

The second task was to understand the demographic. Parramatta, a suburb in Sydney where this clinic was set up is home to a large number of people from South Asia. From our survey, we understood that people from the South Asian countries preferred a doctor from the same ethnicity since these doctors could relate to their issues better. The survey showed similar results for people from countries like China, South Korea and other Asian countries.

Understanding this cultural gap was vital in our marketing approach. Considering that our client was a dentist from India, we built a plan to launch the clinic to the Indian diaspora first. The Parramatta council organizes an annual cultural event for South Asians called ‘Parramasala’. This event is attended by hoardes of South Asians from all parts of Sydney. We used the event to distribute fliers offering free dental checkup at our clinic over the next week. This marketing campaign helped us in reaching out to nearly 5000 potential customers. This campaign brought nearly 150 families to our clinic over the next one week.

In order to ensure a seamless word-of-mouth referrals, we offered a 10% discount on dental procedures including teeth straigtening, teeh alignment. cavity fixing, root canal treatment to these customers on their subsequent visits. We also provided a similar discount for every new customer (identified by their phone numbers to ensure uniqueness) they referred. This strategy helped us bring over 500 new clients over the next 2 month period.

During this time, we also planned to establish an authority and reputation among other communities in Parramatta. For this, we used Meetup.com to discover potential meetups around Parramatta where we could network with our potential audience. For instance, our doctor visited a ‘Moms’ meetup at the Parramatta park. It helped that our client was a young mother herself. We used this networking community to reach out to the neighborhood community. Once we had gained enough outreach using the Meetup communities, we organized our own meetups to create greater awareness about dental issues to various demographics like children under 10, senior citizens and teenagers who need braces. These meetups helped us establish our industry expertise to our target audience besides helping reach out to several hundred potential customers over a period of six months.

Thanks to this strategy, Parramatta Dentists is a well known clinic in the region today. We have also partnered with several dentists in the region to expand our operations and to cater to a diverse demographic that includes tweens, teens, senior citizens and middle aged patients.