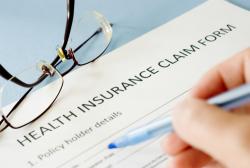 Evidence Mounts That Health Insurance Is Necessary, But Not Sufficient for Good Health A little over a year ago, a paper by Kate Baicker and colleagues came out in the New England Journal of Medicine that looked at a “natural experiment” in Oregon where there was a lottery for expanded Medicaid coverage. The paper got a lot of attention because it found that people who gained Medicaid coverage did not have better clinical outcomes as a result of becoming insured. Of course, the paper also reported that people who had insurance coverage did enjoy the mental peace of mind that comes from the financial protection and security afforded by having insurance coverage, but if all you’re looking for is evidence that expanding Medicaid isn’t going to make people healthier, you’ll tend to skip over that point and go straight to the conclusion: Obamacare isn’t going to make a difference.

Now, another paper has come out in Health Services Research. This one, by Tomasz Stryjewski and colleagues looks at Massachusetts–the very state whose health reform was more or less the template for the Affordable Care Act–and they also find that gaining health insurance doesn’t seem to improve some basic clinical outcomes like blood pressure, diabetes control (HbA1c), or cholesterol levels. Making their study even more compelling, they look at 3 years before the reform was implemented in Massachusetts and 5 years after the reform was implemented, which gives them the ability to establish some baseline trends and allows time for the effect–if any–of having insurance to kick in. Even so, they conclude that there were no improvements in health resulting from gains in insurance because of the reform. Again, if you are an opponent of Obamacare, you have more evidence to support your case. And, if you have a hard time letting go of the notion that health insurance must certainly lead to better health outcomes, you are left to try and critique the study, or at least scratch your head and wonder how in the world this could be.

And that is where I would interject that having health insurance is necessary, but not sufficient when it comes to improving health. You see, the Stryjewski study did not find that health outcomes worsened. Rather, they found no statistically significant change. In fact, they actually found improvements in all three measures, but the range of outcomes was too broad–some people got better, some people got worse, and on average, we can’t claim with 95% confidence that there was really an improvement.

I take that to mean that health insurance is likely necessary, because it seems to make some difference in the right direction, but it’s not sufficient, because it alone isn’t enough to make a big enough difference in the right direction. So what else might be involved? Well, for brevity’s sake, let me label a whole host of things as “non-financial barriers” to care. This would include things like having transportation to get to the doctor, being able to take time off of work to go to your appointment, having someone to watch your kids while you’re at the doctor, having a provider who’s willing to accept the coverage you have, having a provider who can speak your native language, understanding what your doctor tells you, and complying with what your doctor tells you, just to name a handful.

The point is: health insurance does one thing and one thing only–pools risk to help you pay for health care. If you don’t have insurance, that’s going to be your chief barrier to getting the care you need. But, just because you have health insurance, doesn’t mean that you aren’t going to encounter myriad other barriers to getting the care you need. Only when we remove both the financial and non-financial barriers to care will we be likely to see improved health outcomes. But, if we give up before then, because we wrongly conclude that studies show that health insurance doesn’t matter, then we’ll likely never see improved health outcomes, because health insurance may not be sufficient on its own, but there’s little question that it’s necessary.