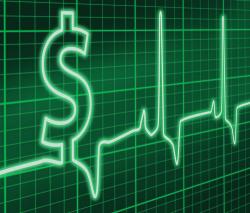 While hospital success is primarily based on what happens within their four walls, their future depends on patients not in the hospital.  There are several new reimbursement models that have begun to tie as much as 50% of the hospital payment to what happens after patients leave.

Readmission Penalties – Medicare penalizes hospitals as much as 2% of their total inpatient Medicare revenue if there is a high rate of readmissions within 30 days after a patient leaves the hospital.  Medicare will increase the maximum to 3% beginning October 2014.  It is likely that other insurers will eventually tie a percentage of reimbursement to readmissions.

Spending Per Beneficiary – Medicare will begin penalizing up to 0.3% of inpatient Medicare revenue October 2014 based on the average “Medicare Spending Per Beneficiary”.  Medicare spends an average of $10,122 per inpatient stay and $7,984 during the 1 to 30 days after the patient leaves the hospital. This is a new component of the Hospital Value Based Purchasing program. This new metric is now publically available and is beginning to get scrutiny as to how it is calculated. Once the calculation is accepted, it will likely to be used by other insurers.

Bundled Payments – Medicare spends an average of $10,122 for an inpatient stay and approximately $10,000 during the period of 1 to 90 days after the stay. This could mean as much as 50% of the reimbursement will be tied to what happens outside the four walls of the hospital. The Medicare Bundled Payment for Care Improvement (BPCI) pilot of this model has begun and could be rolled out by October 2015. Many other insurers are leveraging the Medicare rules and regulations to introduce commercial bundled payments.

Accountable Care Organizations (ACOs) – ACOs take on the risk of the overall cost of a patient measured over 12 month periods. Over 250 ACOs have signed up for the three year Medicare pilot called Medicare Shared Savings Program (MSSP).  The private healthcare insurance industry has followed Medicare’s lead and guidelines by signing up 250 ACOs to similar arrangements for their enrollee’s 12 month costs.  Already 14% of the US population is being served by ACOs. Medicare is likely to offer beneficiaries financial incentives to join ACOs beginning in 2015. Insurers will likely follow by offering similar incentives to their members.

Employee Population Health – The typical hospital or healthcare system is one of the largest employers in their communities. Most are self-insured and responsible for the overall cost of their employees’ healthcare. Like other large employers, hospitals use employee financial incentives to get them to take health assessment and adhere to a health plan to improve certain conditions.  Large employers like Walmart offer employees’ discounts (or no out of pocket costs) if employees get services from hospitals that employers have negotiated directly for services.

Health Plans – 20% of hospitals or healthcare systems now offer some kind of insurance product to their communities and another 20% are exploring insurance options.  Narrow network insurance plans are also being developed to be offered in the new Affordable Care Act healthcare exchanges.

Hospitals will need to begin developing analytics, remote monitoring, remote care management, post-acute networks, utilization management  programs, clinical integration, medical records integration and population health programs. This will require developing many new relationships with insurers, providers and physicians.  Hospitals will need to be able to effectively manage patients outside their four walls and do whatever it takes to keep patients in certain reimbursement models out of their hospitals. 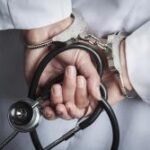 Keeping an Eye Out for Medical Fraud
Next Article 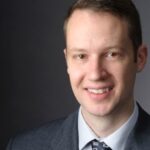