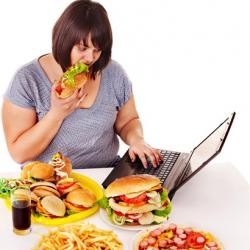 Just when it seemed like America’s global standing could not get any worse, here is a new finding that sinks us even lower.  We are a country of overweight, highly stressed and generally unhealthy people.

Just when it seemed like America’s global standing could not get any worse, here is a new finding that sinks us even lower.  We are a country of overweight, highly stressed and generally unhealthy people. That is the ultimate pronouncement from the Human Capital Report just released by the World Economic Forum.  It ranks the 122 major countries of the world according to how healthy, educated, and productive their people are.  For some of the study’s key measures, the United States came out shockingly low in the standings.

It is not that our overall ranking of 16 is so horrific.  That almost falls within the top ten percent.  Although some would argue something is seriously wrong when with all our might and resources we cannot even clear the top-10 or beat out the likes of Belgium, Austria, or Iceland when it comes to the productivity of our workforce.

Nor is it that we failed to score high grades in any of the report’s measures.  With respect to the capability of our workforce, for example, we came in near the top at number 4, driven largely by our capacity for innovation and ability to attract and retain talent .  We did not fare too badly in education either, scoring the 11 spot overall and the number 1 and 3 spots, respectively, for female access to school and for how many of us go to college (or beyond).

It is in the “Health and Wellness” category where the bulk of the trouble lies and where the report should give us the most cause for concern.  There, we ranked 43 overall, scoring well below a horde of countries that no doubt spend a fraction of what the United States does on the healthcare of its citizens.  Thailand, Malaysia, Croatia, Estonia, Slovenia, Bulgaria, Costa Rica and Sri Lanka are just a few of the countries ranked higher than the United States in the health and well-being of its people.  Sri Lanka!

But it gets even worse.  Where we really hit rock bottom in this category is in our towering levels of obesity, stress and what the report calls “non-communicable diseases.”  This is just a fancy term for such illnesses as heart disease, cancer, diabetes and chronic respiratory failure.  For these three indices, we really stand alone and far below the pack at 112 for obesity, 106 for stress and 112 for disease.  With these kinds of scores, it is no wonder America has fallen so far off its economic perch.  It is a wonder our economy can function at all, notwithstanding all of our other problems.

What is so startling about what the Human Capital Report says about the American condition is not so much that we could all shed a few extra pounds, relax a bit more, and lead healthier lives.  There is nothing so earth-shattering in that revelation.  What is so disquieting is how far we have plunged in the global landscape and what it foretells for our economic future.

Afterall, that is the whole point of the report; to gauge long term economic stability, growth and competitiveness.  And by all accounts, we seem to be heading in the wrong direction.  So now that the government is finally up and running again (at least for the next few months anyway), hopefully it will add to its long list of work items a serious study of, and action plan to remedy, what is ailing the ultimate productivity of the American workforce.  Accepting that Obamacare in one form or another is here to stay, and working together to get it right, would be a great first step. 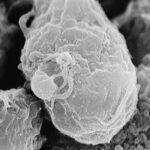