This week’s news feeds feature a big new study on pediatric CT radiation doses. Anyone who’s been paying attention will not be surprised by the results:

This week’s news feeds feature a big new study on pediatric CT radiation doses. Anyone who’s been paying attention will not be surprised by the results:

Scans are popular because they provide lots of information for diagnosis, produce pretty pictures that patients can relate to, and because they are well-reimbursed. But the harms are real and the medical community as a whole has not done enough to get things under control. There are exceptions, though. The Image Gently campaign has called attention to this issue for years, and I have personally seen remarkable attention given to weighing the benefits and harms of CT at Boston Children’s Hospital. I’m sure they are not alone.

One of the fastest, most effective ways to address the problem of over-imaging in the broader pediatric community is through payment reform. In particular, when health systems have incentives to hold down costs and improve quality – as they do with Accountable Care Organizations (ACOs) – I suspect doctors will be much more careful about what they order. And when patients have to pay more out of pocket they may also initiate a discussion with their provider about whether the scan is needed.

Meanwhile, if your kid has had more CT scans than they need or if you yourself have had too many, you have a right to be worked up about it. 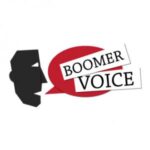 Medicine Is a Profession, But Healthcare Is a Business