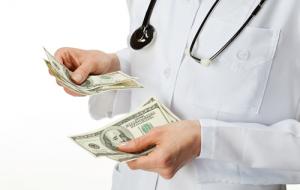 USA Today asked me to write a counterpoint to their editorial calling for the abolition of Fee-For-Service payment in health care.

USA Today asked me to write a counterpoint to their editorial calling for the abolition of Fee-For-Service payment in health care. Their editorial is here, and my counter is here.

Unfortunately, USA Today did not show me the article I was responding to. Now that I have read it, I want to make a few other observations.

First, the paper thinks that putting physicians on salary would curb the problem of overtreatment. Yes, it might do that, and replace one problem with another — under treatment. Physicians might become clock-watchers, punching in at 9:00 and out at 5:00, regardless of patient need. While on the clock, they might slow-walk their services. After all, why hurry when you get the same pay regardless of how much work you do? Even factories have long figured this one out, preferring to pay piecework instead of flat wages.

But USA Today sees a more insidious problem in health care. It believes some physicians are “greedy, incompetent, and crooked.” No doubt that is true. I expect some newspaper editors are also “greedy, incompetent, and crooked.” Does placing doctors on salary solve that problem? No, it would actually worsen it for at least a couple of reasons. First, the physician would no longer be responsible for securing and paying for his own malpractice insurance. He would be covered by an enterprise-wide policy that minimizes his own culpability. Second, greedy, incompetent and crooked employees are very good at hiding in a big bureaucracy. They can always find someone else to blame for their own misdeeds and be shielded by workplace rules. Have you noticed how hard it has been to fire Lois Lerner from the IRS?

Finally, the paper says something I can agree with –

Yes, indeed. But it helps if the patient is holding the checkbook during that conversation. That is the only equalizer the patient has when negotiating with the doctor. The doctor can explain the advantages and disadvantages of each alternative, and what the costs will be! And the patient can then make a fully-informed decision. But that implies something USA Today has been railing against — a system in which fees reflect the services provided.  Otherwise, in a salaried system, the doctor will be advocating for the easiest, cheapest alternative and the patient will be suspicious of the recommendation and push for the most complicated and costly choice.

There is simply no substitute for a fee-for-service system in which the patient pays. 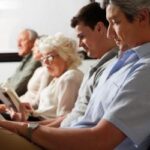 Patients Are Waiting to Partner: Invite Them to Participate
Next Article A Responsive Site? You Need One Now So Doctors Will Thank You Later