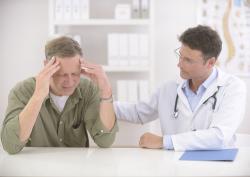 Forget Patient Advocacy: Be a Patron of Patients No doubt your marketing plan contains a mélange of patient KOL tactics. Maybe some brand ambassadors and even a blogger summit if you are really adventurous. The goal of these patient advocacy tactics is create patient endorsements for your brand.  That’s because study after study has shown the power of patient recommendations.

No doubt your marketing plan contains a mélange of patient KOL tactics. Maybe some brand ambassadors and even a blogger summit if you are really adventurous. The goal of these patient advocacy tactics is create patient endorsements for your brand.  That’s because study after study has shown the power of patient recommendations. With the decline in the effectiveness of the physician lever, patients are becoming a more central driver of brand sales.

But what if instead of trying to get patients to say something, you helped patients do something? Instead of brand advocacy tactics, what if your brand became a patron of patients? Consider what these patient KOLs have accomplished on their own:

Consumer brands are engaging in co-creation with their superstar customers can serve as a model for becoming a patron of patients. Take the deal that Pepsi inked with Beyoncé. According the New York Times article, Pepsi sees this deal as a “… shift in the way we think about deals with artists, [moving] from a transactional deal to a mutually beneficial collaboration,” according to Brad Jakeman, president of PepsiCo’s global beverage group.

In terms of an ROI, Pepsi is seeking “to enhance its reputation with consumers by acting as something of an artistic patron instead of simply paying for celebrity endorsements.” According to a statement from Beyoncé, the new deal allows her to “work with a lifestyle brand with no compromise and without sacrificing my creativity.”  Imagine if a patient said something similar about your brand or company regarding your commitment to curing a disease?

Here are a few thought starters on how to start acting as a patron of patients:

For bio-pharma, the rewards of this new “patronage” model seem even greater than in the consumer package good arena. Despite her enormous talent, Beyoncé can’t actually put a can of Pepsi on the grocery store shelf. But patient advocates increasingly can help get a product on the pharmacy shelf and gain the insurance coverage required to move a medication out into the marketplace.