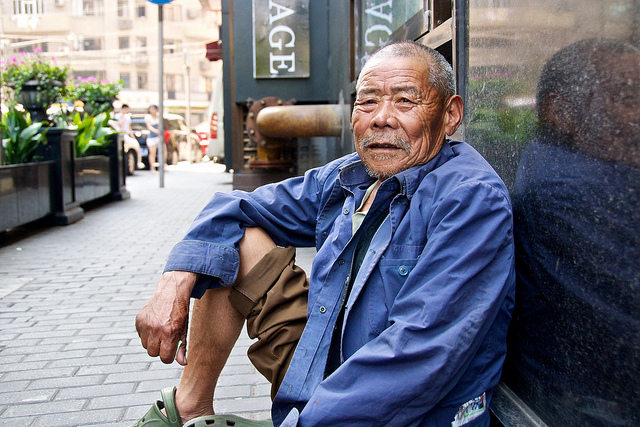 Growing Old: A Profile of Aging in Two Countries

In the first survey of its kind, the Global AgeWatch Index ranked Canada 5th out of 91 countries in how it takes care of its aging population.

The ranking, conducted by HelpAge.org, was designed to start a conversation about aging, what we can do to better measure social and economic progress, and what we should do about those measurements to improve the lives of our people as we age.

In the first survey of its kind, the Global AgeWatch Index ranked Canada 5th out of 91 countries in how it takes care of its aging population.

The ranking, conducted by HelpAge.org, was designed to start a conversation about aging, what we can do to better measure social and economic progress, and what we should do about those measurements to improve the lives of our people as we age.

The closer the score is to 100, the better the elderly of a country are doing compared to the rest of the world.

Canada ranked 5th out of 91 countries. Only Sweden (#1 on the list), Norway, Germany, and the Netherlands ranked higher. So out of all the countries ranked, Canada is the 5th best place to get old. But what can we do to improve our situation? Where should we start making changes now so that future generations have the best possible quality of life as they enter their final years?

Within this category are four sub-categories. For the purposes of this article we will look at two:

In Canada, 78% of people over 65 receive a pension. In Sweden, everyone receives a pension, and coverage starts before age 65.

However, only 4.4% of Canadians over age 60 are considered poor—measured, according to the report, by making less than half of the country’s median income. In this we surpass Sweden, which counts 9.3% of its elderly among the poor.

Discussion point: So while it could be argued that we could extend OAS benefits as early as age 60, it could also be argued that Sweden’s earlier retirement and pension could contribute to higher poverty rates.

The two sub-categories we examine here are:

While Sweden does rank first overall, Canada ranks above them in this category, at 2nd place to Sweden’s 7th place.

At age 60 the average person living in Canada can expect to live 25 more years—18.3 of them in good health.

Over half of Canada’s population aged 55-64 is employed, and 83.9% of people age 60 and over have secondary or higher education. Only 70.5% of 60+ Swedes have a higher education, but more are employed.

This is the only category in which the United States ranked higher than both Canada and Sweden. In the US, 95.6% of people aged 60 and over have secondary or higher education. However, employment is lower, with only 60.3% of 55-64 year olds working.

Discussion point: Considering the above-examined factors, it could be that more people in Sweden are employed because their pensions are not sufficient to retire on. Or it could be that Canada’s economy is such that there aren’t enough jobs—or jobs willing to hire the older generation.

Two sub-categories to look at here are:

Canada and the report-topping Sweden are close in these categories.

In Sweden, 96% of people over 50 are happy with their freedom of choice, compared to 93% of Canadians.

There is no doubt that Canada is one of the best places in the entire world to grow old. Relatively high income security, one of the longest life expectancies worldwide, and a safe, free, educated environment contribute to the high rankings.

But whether these factors fall short of ideal, or are better than average, it is up to us as individuals to take responsibility for our own health.

Rather than rest on the comfort of studies like this, we each need to examine what changes we can make in our lives to make sure our golden years are something to look forward to, rather than something to dread.