Assistant Attorney General, Bill Baer, head of the Department of Justice’s (DOJ) Antitrust Division, recently spoke at a Yale Law School conference about competition in the health care industry. While not singling out any specific companies, Baer seemed to repeatedly reference two proposed “mega-mergers” that are currently in the balance. The anticipated mergers between four leading health insurers, namely, Aetna Inc. and Humana Inc., and Anthem Inc.

Assistant Attorney General, Bill Baer, head of the Department of Justice’s (DOJ) Antitrust Division, recently spoke at a Yale Law School conference about competition in the health care industry. While not singling out any specific companies, Baer seemed to repeatedly reference two proposed “mega-mergers” that are currently in the balance. The anticipated mergers between four leading health insurers, namely, Aetna Inc. and Humana Inc., and Anthem Inc. and Cigna Corp., are causing quite a stir among the American Medical Association (AMA) and antitrust enforcers like Baer. They view these mergers as being detrimental to competition and a possible violation of antitrust laws and principles.

The AMA made its anti-consolidation position known to the DOJ by way of letter in the middle of the DOJ’s Antitrust Division’s review of the two mega-mergers between the health insurers. The AMA zealously voiced its concerns regarding the mergers pointing out the likelihood of lower rates for physicians which in turn will result in the reduction of the quality and quantity of services provided to patients. The AMA further asserted that the mergers will reduce competition and maintained skepticism that the insurance companies would pass along savings resulting from stronger negotiation powers.

The AMA’s statements largely corresponded with those of the American Hospital Association (AHA), also in opposition of the mergers. However, one proponent of the mergers, a trade group known as America’s Health Insurance Plans (AHIP), disparaged the AMA letter calling it no more than a “17-page press release.” AHIP quipped that the letter contained inaccurate data and would be of little concern to the DOJ in its review of the consolidation of the pair of health insurance companies.

To read the full letter from the AMA to the DOJ, click here.

What is the DOJ’s Antitrust Division’s Stance on the Issue?

With the review still underway and Attorney General Baer’s non-specific address of the issue, it is hard to make an assumption one way or another about the DOJ’s current position on the pending mega-mergers. However, Baer’s comments at the Yale Law School conference did seem to raise some red flags for the leading insurers in the midst of their proposed consolidation. While not referencing the health insurers, Baer did cast criticism on the idea of health insurers merging as a means to better negotiate rates with doctors and hospitals.

Baer remarked, “Consumers do not benefit when sellers-or buyers-merge simply to gain bargaining leverage.” He further opined, “Consumers benefit when there is entry, expansion, innovation and competition.” Baer also voiced his concerns in regards to the possible impact these types of mergers could have on Affordable Care Act (ACA) exchanges. Aetna Inc., Humana Inc., Anthem Inc. and Cigna Corp. all participate to some degree in the exchanges.

While not offering the audience a definitive position on the issue, Baer did make clear that market pressure by the ACA alone is not sufficient to justify consolidation. Instead the DOJ applies a multilayered test to the evaluation of mergers and acquisitions. That test takes into account the impact of increased bargaining power and competition on local, regional and national levels (among other factors) which are apparent elements with these mergers. Not all transactions will satisfy this test. It still remains to be seen if the proffered mega-mergers will meet the precisely gauged standards to receive the passing grade.

To read the full press release on the conference issued by the DOJ, click here.

By Jennifer Warren
This is Jennifer Warren, staff writer at GoodFirms – a review and research platform for top ecommerce development companies, blockchain development companies among many others. A bookworm at heart, I have successfully guest blogged for top sites such as Crazyegg, Semrush, Searchenginepeople, Sitepronews, Volusion.com, Socialnomics, jeffbullas, mediapost among others.
Previous Article How to Improve Patient Relationship this Holiday Season
Next Article 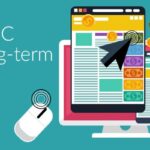 Why PPC Should Be a Long-Term Process For Healthcare Companies