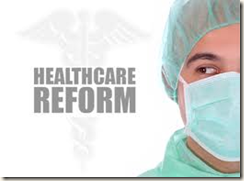 We are at the half-way mark in 2013. In slightly more than five months, January 2014 many of the steps in the Affordable Care Act are mandated to launch.

Anyone able to read is keenly aware that not a minute or hour goes by unannounced without some breaking news about the future affordability of health reform, it’s consequences on your health and pocket book.

No doubt 2014 will be an adventure for patients, providers, hospitals, insurers and the Dept. of Health and Human Services.

Blame not these changes on the bureaucrats, nor President Obama. Many of these features were developed during the earliest parts of the Clinton Administration, when William Jefferson Clinton charged Hillary Clinton with forming a national health plan. That was almost 20 years ago, near the end of the last century.  Somewhat like a  wine fermenting in a bottle, the temperature should be constant and moderate, and not subject to light, or physical stresses.

Health Reform fills some of those metrics, however it certainly has been subject to physical stresses.  Light has not been a problem, since most of the negotiating and meeting were done in the dark. So dark that congressmen did not read it prior to their irresponsible and negligent passage of the bill.  Not one Republican voted for it, even the most liberal ones.

Fearful of being left behind and/or penalized financially all states are rushing to implement the ACA, with minimal losses and/or expense.  While the new system is taking root, the federal government will prop financing with subsidies. Self sustaining financing will not kick in for several years as the uninsured find their way into the system of eligibility.  Rather than employing already existing resources in health insurance agencies and experts, HHS has deemed it fit to employ and train “Navigators”, twenty thousand and something.  It is not clear to me how long they will be employed, nor why the feds chose this route.  It was a move that completely bypassed existing organizations, and has not endeared the affordable care act to that segment of the present system.

Here are some of the examples

A Louisville Clinic Races to Adapt to the Health Care Overhaul

A feature common to all is the lack of specifics financially on eligibility and/or the premiums and benefits..There is a website, discussing the ACA, and Health Benefit Exchanges, however most patients and even providers have been unable to grasp just how it will all flow together.  One of the biggest issues will be if physicians will accept patients from a health insurance exchange, and expanded Medicaid, and the ‘strings” attached to the program.  It certainly does not appear to decrease paperwork and bureaucracy, rather it increase it.  One example is the HHS requirement that providers re-apply for Medi-caid  privileges.  There is no grandfather clause.

The County Board of Supervisors in my city met with the administrator of the Regional Medical Center. The administrator has a 25 year history of running the  busy medical center. About 20 years ago it was moved from a dilapidated structurally unsound building to a brand new structure certified to withstand a 9.0 earthquake,  It is located just adjacent to the San Andreas Fault less than five miles to the east.

The Supervisors had some excellent advice from consultants (from back east) and one of the supervisors owns an interest in a pharmaceutical company.  He seemed to have a substantial knowledge base in how the system has worked, or not worked as the case may be.

A significant problem in the United States is that there is a Polymorphic system, each with it’s own models  for reimbursement and a very different corporate culture.

City hospitals, county hospitals, federal hospitals, native American hospitals and community medical centers all have a unique cohort of patients, with vastly different sources of revenues. The patients who  use each system are segregated economically from each other.

The county’s President of the Board proposed integrating private sources into the patient model of the county hospital that predominantly patients who are assisted by the Department of Social Services. He proposes that the County Hospital enter the market place to compete with standard insurance companies, and operate as it’s own Accountable Care Organization (ACO).  The facility is modern and will be staffed by trainees from the new University of California’s Riverside School of Medicine 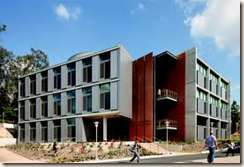 Riverside has a significant number of uninsured.  The funding for the school , with it’s new buildings has been dicey during the recent years as a result of the state’s ongoing budget crises.  However local stakeholders, local private hospitals, medical groups, chambers of commerce, and business leaders have donated millions of dollars to offset state shortages.

Medcaid is controlled by counties who rely on the state for control and funding of their budgets.  They have little real interest in the health of their ‘clients’. Their true function is to minimize reimbursements to providers, hospitals and medical equipment companies in an adversarial role,not a supportive role.  In the current California system there are pockets of Managed care which function much better than FFS.  However the only Medicaid patient who can receive managed care in the current system  are the ones who have a zero share of cost.  Since share of cost in month to month the reality is that if an eligible person is eligible in one month due to limited income, if the income exceeds a set limit the next month they lose their managed care, and most likely their primary care M.D.  Few MDs participate in both programs since Medi-caid requires providers to be either FFS or prepaid and capitated. 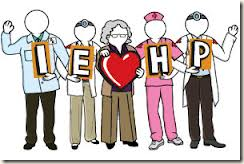 It is truly chaotic and dysfunctional.  What is the ACA going to do about this process? Medi-caid will be inadequate as it is now structured and the promise of eligibility for insurance for this population is questionable without significant reform.  It may just be a mandate that will not work.