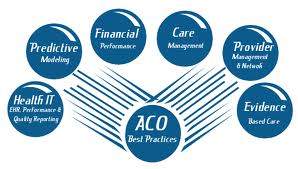 Will Physicians Ever Embrace ACOs? ACOs and Providers | Healthcare Is Changing

Healthcare is changing, there’s no question about it. The question of the hour, however, is are we ready for it? Healthcare providers know that they have to stay on top of the latest research regarding treatment and medical technology, and so to they must keep abreast of the changes in policy.

ACOs and Providers | Healthcare Is Changing

Healthcare is changing, there’s no question about it. The question of the hour, however, is are we ready for it? Healthcare providers know that they have to stay on top of the latest research regarding treatment and medical technology, and so to they must keep abreast of the changes in policy. Not only do the changes affect how they will ultimately practice medicine, but perhaps most pressing, how will they be compensated for it.

Enter, accountable care. These provisions have created confusion in the healthcare arena in general but perhaps a large share of that burden is being borne by the providers themselves, who must not only embrace new treatments and meet the demand of patients who are more educated on their conditions than ever before – but all the while keep in mind that the way they will be paid for their efforts has evolved, too.

ACOs and Providers | Moving Away from Fee-For-Service

Many providers who have been practicing medicine for more than a few years are accustomed to the old fee-for-service payment model. While this model of payment was more intuitive, it didn’t necessitate better care for patients – more care, perhaps, but not necessarily good care- and that’s why it has fallen by the wayside in present days. With a focus turned to quality, rather than quantity, providers have to be far more discerning about the treatments they elect to use. Accountable care is an apt term – because more than ever there is an accountability not just for tests ordered and treatments rendered, but patient outcomes, too. Providers aren’t just being assessed on their ability to prescribe the right course of treatment – they’re being judged and paid based on their ability to actually solve their patient’s medical dilemmas.

Historically, you’d think that this should have always been the impetus for compensation in medicine, but in fact it’s mostly been the opposite. More than likely providers would bill and be paid for what they tried, what they initiated, with little regard to whether or not it actually worked or achieved anything by the patient’s standards. This is, of course, not terribly hard to believe because medicine, though it tries to prove itself otherwise, is an imperfect science. Doctors don’t always get it right. In fact, they often don’t – or, they get it right but it’s “too little, too late.” Accountable care factors in to physician payment the outcome for their patients – which is, after all, the purpose of medicine, is it not?

ACOs and Providers | Medicine as Business

In many ways medicine has evolved to be a business. Saying goodbye to HMOs, which were not all bad, and welcoming ACOs onto the scene has been a bit of a bitter pill for physicians and payers alike to swallow. ACOs shift the concept of “being choosy” from physician and payers to patients – where HMOs restricted patient’s ability to choose where they received care, the tables have turned and with ACOs, patients have the ability to choose from a much larger pool of providers. So, the challenge is, with more choosing done by the patients, how then do we keep care coordinated? In the days of yore, HMOs got a bad name precisely for this reason – once patients are dipping into “out of network” providers, it becomes much more difficult to keep tabs on their care. With the advent of the electronic medical record, however, the hope is that this will now change.

Of course, like medicine, information technology isn’t an exact science either. But in what has become a highly competitive market (now that patients can choose between many physicians) providers have to do what needs to be done to keep up – and for many, that will mean embracing this new, if not universally frustrating, technology.

ACOs and Providers | The Move for Healthier Patients

The long and short of it for providers, though, is the overarching theme and message of ACOs: the bottom line is that we will all save money if we can keep patients healthy and out of the hospital. It seems like a counterintuitive message, but in today’s world of high utilization, and utilization of services in the wrong setting, money is being lost at an overwhelming rate. Everyone from the provider, to the payer, to the patient has come to understand the burden of this fact, and while many providers feel hesitant to have any accountability at all to Medicare, they also fear the ramifications of refusing.

For providers, ACOs could potentially usher in an opportunity for them to take some control and redefine their relationships with patients. More and more, patients are expecting and even demanding to have a more active role in their care, and instead of seeing this as competitive or undermining, providers have a unique opportunity to share the decision making burden – and accountability – with the patients themselves.

Whether or not they will undertake the challenge remains to be seen.