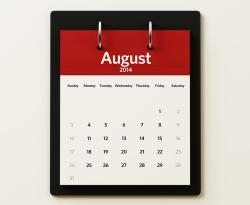 Today, it is my distinct pleasure to host the month’s only issue of the Health Wonk Review. You see, much like Congress, we academics and policy wonks tend to slow down our work considerably in the summer months. And yet, much unlike Congress, even then we are able to get at least something done.

Today, it is my distinct pleasure to host the month’s only issue of the Health Wonk Review. You see, much like Congress, we academics and policy wonks tend to slow down our work considerably in the summer months. And yet, much unlike Congress, even then we are able to get at least something done. Thus, in this “August Recess” edition of the HWR I bring you some wonderful insights into health care spending, Medicare, and the ACA from the best health policy bloggers on the web.

Leading things off, Billy Wynne of the Healthcare Lighthouse blog will get you all caught up on implementation of the Affordable Care Act, with a focus on what happened in July. You usually have to pay for access to this stuff, folks. So, read it while it’s free, and you may be surprised to see that so much work continues on all fronts after the close of open enrollment period 1.0. I guess while Congress is in recess, the executive branch has to keep working, despite all the people outraged by President Obama going on vacation during world crises.

Louise, of the Colorado Health Insurance Insider, takes a look at fixed indemnity health insurance plans. As she says, “There are still a lot of moving parts in the ACA. New regulations are constantly being added to ensure that all of the parts work well, but they don’t all take effect immediately. So while regular major medical health insurance is guaranteed issue now, fixed indemnity plans are still being sold in the individual market–exempt from ACA regulations and quite possibly without the client understanding that the plan is not sufficient to avoid the individual mandate penalty. Far worse than the penalty however, is the possibility that a person could purchase one of these plans thinking that it’s ‘real’ health insurance, and only find out it’s not after incurring a significant claim.” Fortunately, some regulations are on the way for fixed indemnity plans starting January 1, 2015.

In other ACA-related news, it won’t be long before the Marketplaces are available once again for open enrollment. On the Health Affairs blog, authors Jon Kingsdale and Julia Lerche explain how the “one-two punch” of rate shocks from benchmark plan changes and delayed tax refunds could threaten the success of the ACA’s second open enrollment period, and they outline some steps that could address these challenges.

But, if rate shocks are such a big problem, why are we seeing such a significant slowdown in health care spending? Is it the recession still? Are we seeing a real shift towards paying for value rather than volume? To get to the bottom of it, read the Healthcare Economist’s latest post. There, Jason Shafrin explains that between 2000 and 2007, annual health expenditures in the U.S. grew by 6.6% per year. While between 2008 and 2011, the growth rate was only 3.3% per year. Shafrin investigates what is causing the change, and you should read what he has to say.

When it comes to health care spending, one of the first places policymakers turn (when they’re not back home or in the Hamptons for a family commitment), is the Medicare program. And one of the contributing factors is Medicare fraud, which Bob Vineyard writes about at the Insureblog. In his post, Bob points out that in South Florida, Medicare fraud is a bigger business than cocaine. Government’s always talking about reducing fraud, waste, and abuse, but they never seem to get around to doing anything about it, and his post may explain why. Still, the recent Medicare actuaries’ report presents some pretty good news–at least for some–that costs are not growing as rapidly as had been projected. As Joe Paduda, of the blog Managed Care Matters reports, while it is good news for the long-term health of Medicare, the downside is hospitals are going to be looking elsewhere to make up revenue shortfalls–and workers’ comp is a very soft target.

Speaking of workers’ comp, Julie Ferguson, of the Workers Comp Insider, provides HWR with its first Inception-like contribution. Here, within our own best-of-the-best roundup, Julie offers her own research roundup on a variety of topics including variations in costs for MRIs based on price transparency, state policies on provider market power post-ACA, disability risk factors following work-related injuries and more. It’s a roundup within a roundup, people. Don’t miss it.

In the world of pharmaceutical controversy, we have two posts. One from David Williams of the Health Business Blog, who writes about the misguided review of Zohydro ER by Consumer Reports, and another from Roy Poses, who explores the irrationality of spending hundreds of millions of dollars for drugs like Acthar, which are not proven effective, while spending almost nothing on a search for a vaccine for seriously life-threatening illnesses like Ebola. Seems like maybe there are some issues for Congress, the FDA, the NIH, and the CDC to straighten out when our lawmakers return from holiday.

Finally, what is Summer without a little vacation? Tinker Ready of Boston Health News paid a visit to the Hospital de la Santa Creu i Sant Pau in Barcelona, Spain. Check out her post for some gorgeous pictures of one of the oldest medical institutions in Europe. You’ll be transported.

Well, that’s it for this edition. The Health Wonk Review will be back in session in September when David Williams hosts the next edition at the Health Business Blog.