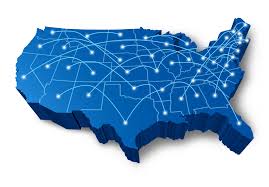 Healthcare Buzzwords: What Is Big Data? The term “Big Data” has only recently entered the healthcare and

The term “Big Data” has only recently entered the healthcare and medicine verbiage. It used to be largely reserved for the larger-than-life scientific research that observed our universe. It’s no surprise that the concept of Big Data has translated nicely to the universe inside of us.

Big Data: How It Started

When science began trying to map the skies above us, collecting astronomical data was more than just a few points on a graph: the amount of data coming in was far more than traditional data collection strategies could manage. Big Data’s introduction into healthcare was met with a similar reality when the mapping of the human genome, yielding so much data that it took nearly a decade to process it. The implementation of big data has allowed this mass of information to be decoded in the span of just one week.

Information technology and computer sciences have evolved in the last two decades to allow this type of data sifting to occur at speeds far beyond what the human hand is capable of.  The techniques created to handle Big Data are valuable not only to science, but the government, educational institutes and even marketing: Amazon and eBay rely on Big Data to maintain their enormous warehouses and consumer databases.

Big Data in healthcare is largely tied to the electronic medical record. If “one patient, one record”  is to truly come to fruition, healthcare organizations need to not only organize their Big Data on patients, but keep them secure, accurate and accessible. This is no small task. In the research, government and private sectors, Big Data is mostly only relevant to certain groups and isn’t generally handed off to the public. Meanwhile, the expectation of the healthcare Big Data is that both physicians and patients will use the information: two separate groups with two very different vocabularies.

The challenge, then, is how to organize and present Big Data, in the form of medical records that are both useful to the physician and actionable for the patient. With computer technology advancing at the speed of light, it’s hard for even the most well versed Big Data experts to keep up with the changing landscape of health information technology.

No doubt the next few years will be monumental for Big Data: is your organization prepared?