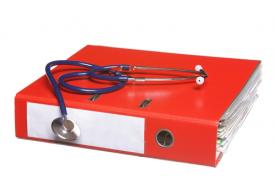 Imagine an idealized model of the health insurance marketplace in which there are only three sets of variables:

Imagine an idealized model of the health insurance marketplace in which there are only three sets of variables: In this simple world, these are the only choices insurers have. They cannot tell providers how to practice medicine. They don’t negotiate special discounts. Once they decide what fee to pay, providers can join or not join their networks. In what follows, I will assume that higher fees attract more doctors and hospitals to a network and that means greater access to care. Lower fees have the opposite effect.

Now, you could conceivably have market competition for all three sets of variables. You could also have government regulate all three. But if you want robust competition,* you can only regulate one of them.

Alternatively, the government might choose to regulate access, say, by requiring insurers to include in their network every doctor licensed to practice medicine. In that case the only way insurers can compete is by offering various options with respect to benefits and premiums. For example, there might be a rich benefit package and a high premium, or a limited benefit package and a low premium, or various tradeoffs between premiums and benefits.

Now here is the strange thing about how left-of-center health policy wonks think and it is reflected in the ObamaCare exchanges. Since they want competition in the exchanges, they can only regulate one of the three sets of variables. Which one do you think they choose?

They choose to regulate the benefits package. And loyal readers of this blog already know what the consequences of that are. We are getting a race to the bottom on access ― with private plans in the exchanges looking increasingly like Medicaid. (See here, here  and here, and Robert Pear in the New York Times this morning. By the way, this is precisely what has happened in Massachusetts).  I do not remember seeing any left-of-center blog commenting on this, however.

Why do I say this is a strange choice?

Yet what we got legislatively is very strict regulation of benefits ― right down to free contraceptives, questionable mammograms and other non-cost-effective preventive procedures. At the same time health plans have been given enormous freedom to set their own premiums and choose their own networks. In fact the administration has been touting the fact that the premiums have been lower than expected, even though the reason is that the networks are narrower and skimpier than expected.

Why would anyone want to regulate the benefit package in the first place? Austin Frakt and Aaron Carroll apparently believe that without regulation, there would be a similar race to the bottom on benefits. Here is what they say, for example, about competing state regulations:

Allowing insurers to sell policies across state lines would invite a “race to the bottom.” In time, all insurance would originate from states with the least regulation. The policies will be cheaper. But they’ll also be skimpier. They’ll be great if you’re young, healthy, or wealthy enough to afford to fill in the coverage gaps. They’ll be terrible if you are older, have a chronic condition, or, again, if you’re low income.

State regulation is mainly in the form of mandated benefits. For example, state governments tell insurers they must cover services ranging from in vitro fertilization to acupuncture and providers ranging from chiropractors to naturopaths. What Austin and Aaron are saying is that given the freedom to choose, insurers would avoid as many of these mandates as possible.

If they are right, that implies that the consuming public views all of these mandated benefits as not worth their cost. The behavior of self-insured companies suggests that isn’t so, however. These companies often include such services as acupuncture and naturopathy even though they are not required by state law to do so. Presumably, employers give their employees the benefits the employees want.

A race to the bottom doesn’t happen in normal markets. But it’s possible that health care is different. Suppose that consumers are persistently myopic. Suppose they systematically underestimate the various services they will want, once they get sick.

In the ObamaCare exchanges, the insurers apparently believe that is what is happening with respect to the choice of networks. Only sick people (who plan to spend a lot of health care dollars) pay close attention to networks, conventional wisdom has it. Healthy people tend to buy on price. Thus, by keeping fees so low that only a minority of physicians will agree to treat the patients, some insurers are able to quote very low premiums. They are banking on attracting the healthy and they may even have the good luck to scare away the sick.

This conventional insurance wisdom ― whether right or wrong ― is a plausible explanation of why there is a race to the bottom with respect to access to care in the ObamaCare exchanges. It could also be used to justify the Frakt/Carroll view of competition in benefits as well.

I think there is a better explanation for these and other races to the bottom. Imagine a free market for health insurance in which insurers are completely free to price risk for every consumer in every benefit dimension. What do you think the market would look like? If consumers differ in the benefits they prefer, insurers would have an incentive to charge them an actuarially fair premium for every benefit change.

We can imagine a market equilibrium in which every single consumer has a different benefit package and everyone is charged a different total premium. Health plans could be as diverse as the portfolios of employee 401(k) plans.

What is it in the real world that prevents this diversity from happening? Answer: insurers are not allowed to accurately price risk. Except for the small percent of the population that is in the individual market (and even there the stay is typically temporary), everybody is being charged community rated premiums. In the ObamaCare exchanges, (modified) community rating for individual plans will be required by law.

This prevents insurers from presenting buyers with real (risk-adjusted) tradeoffs between price and access or price and benefits. It’s this artificial pricing that causes a race to the bottom, not some inherent defect in the market.

Incidentally, the theory proposed here provides a rational justification for consumer myopia. Under managed competition (that is, ObamaCare exchanges), if I am healthy why wouldn’t I buy on price? If I later develop cancer, I’ll move to a plan that has the best cancer care. If I develop heart disease, I’ll enter a plan with the best heart doctors.  And these new plans will be prohibited from charging me more than the premium paid by a healthy enrollee. (See a more comprehensive analysis.)

In proposing this theory, I am doing more than just speculating. I am willing to offer a wager to Austin and Aaron that I can mathematically prove that in a managed competition setting, community rating and community rating alone is sufficient to produce a race to the bottom on benefits, on access to care and on other dimensions of quality as well.

*By “robust competition” I mean that competitors must have the ability to vary the amount they spend on benefits and/or vary the average provider fee they are willing to pay.