SwipeSense, a graduate of the Healthbox digital health incubator in Chicago, is leading in audience voting. That’s great, but it doesn’t actually count for anything. The real winner will be decided by a panel of WSJ editors who have been following the companies and working with the show’s mentors throughout the entire process.

Here’s a brief look at the final three companies:

The Muse and Rebellion Photonics seem to have more significant revenues and a more solid foundation in their respective markets, but I think SwipeSense could win. Why? It’s got a combination of dynamic co-founders, smart design, data from in-hospital pilots, a few initial customers, a key partner and investor in BlueCross BlueShield, plus (here’s the kicker) emotional appeal and a great startup story.

Rebellion has most of those things, too, as well as positive cash flow. And founder Sawyer was sharp and even a little bit derisive when she posed questions to the other founders during the debate segment. But Iseri was nearly flawless in defending the company’s business model, potential impact and position to take on competitors.

Then he delivered this closing argument: “The question that we really ought to be asking is, in our wildest dreams, what does our success mean for the greater society? In SwipeSense, this means we could save 100,000 lives every single year.”

Ok, that might be a bit of a stretch, but it’s a compelling thought.

The winner will be announced in the final episode of the series on Monday. 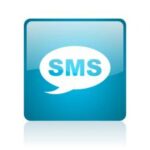 Are We Missing SMS as a Patient Engagement Opportunity?