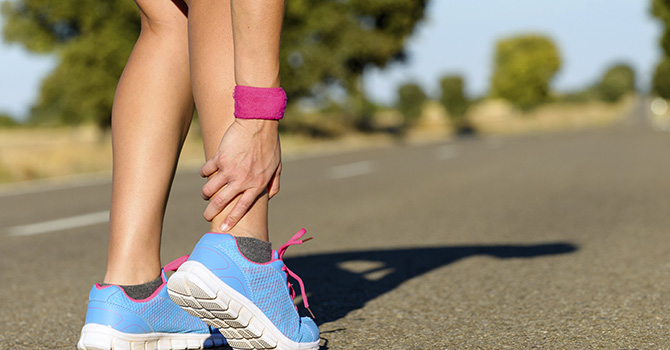 You have probably read plenty of studies on the importance of sitting correctly. However, we don?t hear nearly as much about the importance of walking correctly, even though the consequences of walking abnormalities are just as serious. According to many studies, the average person takes 5,000 steps a day. If you don?t have the right posture, you will be placing a lot of stress on your back and joints. Maintaining a good gait is very important for a variety of reasons. Here are some risks you?ll face if you don?t walk properly.

Rheumatologist, chiropractors and podiatrists all agree that a poor gait can lead to back pain. George C. Trachtenberg, DPM, a renowned podiatrist, writes that these problems can be chronic if not addressed. ?Indeed, foot dysfunction may be the etiology or a contributing factor in many pathological conditions, including those affecting the back, hips and knees as well as other joints, bones and muscles. As a result of these postural changes, there is subsequent redistribution of ground reactive forces and the forces altered and redirected via compensations and the repetitive movements involved in gait.?

Walking with a poor gait can place excessive pressure on the arch of your foot. Over time, it can cause your arch to deviate and take on a ?bent? appearance. Cavus foot is the name for a condition when the arch of the foot rises at an incline of 30 degrees or more. People suffering from Cavus foot may develop bent or clenched toes, hard calluses on their feet and extreme pain while standing. If cavus foot is caused by neurological problems, iliotibial syndrome or other correctable health issues, then it may be reversed with the right treatment. Switching to plantar fasciitis shoes may be the only change needed for some patients.

Walking with a poor gait can also damage the ligaments near your ankle, which can cause difficulty keeping it in an upright state. If the problem worsens, it can lead to chronic ankle instability, which involves persistent pain, swelling, difficulty standing upright (particularly on level ground) and feelings of wobbliness. According to Informed Health Online, the most common reason people with walking abnormalities suffer from chronic ankle instability is that they are likely to sprain their foot. ?People who have a sprained ankle might develop chronic (long-lasting) ankle instability. It is considered to be chronic if the ankle joint still gives way too easily six months after the first sprain, or if the ankle is sprained again within six months of the first sprain. Unstable ankle joints can easily be twisted again. About 10 to 20 out of 100 people with ankle sprains develop chronic ankle instability. This kind of instability can develop if the ankle ligaments are overstretched or torn, and grow back together too loosely (mechanical instability). The interactions between the bones in the ankle and the surrounding ligaments and muscles may be disrupted too. The body has an unconscious awareness of movement and spatial orientation within the body, known as proprioception. This helps to coordinate the movements of the joints by using unconscious reflexes to stabilize them and keep the body balanced. So if an ankle feels permanently unstable, this might not only be caused by overstretched ligaments, but also by a problem with proprioception or resulting problems with muscle coordination.?

Patients with an abnormal gait have a higher tendency to injure themselves or feel fatigued, which reduces the amount of time they spend walking. A 160 pound woman that spends an hour less walking a day will burn 340 fewer calories. Since this is approximately a fifth of her daily caloric intake, she will be more likely to gain weight. Of course, weight loss leads to many other health issues over time.

A recent study by the Mental Health and Physical Activity shows that walking significantly reduces the risk of depression. Since people with a poor gait will eventually walk less after developing Cavus foot and other health problems, they will also be at a higher risk of developing depression.

Walking abnormalities can lead to a number of health problems if they aren?t promptly corrected. Sometimes the problem is caused by cognitive issues, which require therapy and medication. The problems may also be caused by spinal alignment problems, which could require surgery or chiropractic treatment. However, most walking abnormalities are due to poor fitting shoes or bad habits, which can be much more easily corrected.