Boomer Voice: How Old Should the Avatar on My Website Be?

(Editor’s Note: This post and Building an Innovative Senior Living Model in Jiangsu Province, China come to us from Aging 2.0, a great resource organization and website for boomers.

(Editor’s Note: This post and Building an Innovative Senior Living Model in Jiangsu Province, China come to us from Aging 2.0, a great resource organization and website for boomers.  I know that this post is not specifically healthcare related, but I thought it was a great post, and helpful to those who wanted to write about, or were interested in, the Boomer Generation.)

The question that came to my mind and became the subject of my thesis is what age should the avatar on my commercial website be,  depending on my target market.  I wanted to optimize my web-users’ response toward the website and the brand.

I wanted to study avatars because they are becoming increasingly used on commercial websites. Avatars or the characters on a website have been used by companies like Ikea, Xerox, Yoplay on their websites in  order to improve their web-users’ experience, the perceived socialness of their website, their customer’s positive perception of their website and brand to develop their sales. The impacts of avatars on consumer responses have been scientifically demonstrated by Holzwarth, Janiszewski and Neumann (2006) and Wang et al. (2007).

Example of an avatar used on a cell phone website

Researchers have also showed that people tend to appreciate  avatars of their own ethnic background and sex (Nass, Isbister and Lee, 2000; Nowak and Rauh, 2006). Therefore, I decided to work on age as it had never been done.

I wanted to compare the behavior of three different age groups: adolescents, adults and the 65 and over group. While doing my research, I came across a concept that I did find interesting. The ‘subjective age’  of a person is considered to be a better predictor of consumer behavior than the chronological age, especially when one is dealing with aging consumers (Barack, 2009). The main idea behind the subjective age is that people when they reach their late twenties start to feel younger than their chronological age. This difference increases with age and reaches a maximum of 15 years (Moschis, 1992).

The subjective age (the age that one feels) was developed in the 50’s because researchers wanted to improve their understanding of the aging customers.

The results of my research do match the results of previous studies  on the subject. I did find that the maximum gap between the chronological age and the subjective age is between 13 and 15 years.

Therefore, if you add to the subjective age the fact that according to the Attraction for Similarity Theory (Byrne, 1971) people tend to be attracted to people that are similar to them, the subjective age is crucial to determine the optimal age of an avatar on a commercial website.

Observed difference in humans between their subjective and chronological age. Source: Arabella Ignatieff

As the difference between the subjective age and the chronological increases with age it is very important while dealing with the 50+ crowd to take this subjective age into account. The cosmetic industry (L’Oreal, in particular) has been one of the first industries to integrate this concept in their advertising.

As a conclusion I would strongly recommend web designers or companies that are creating a website for the 50+ crowd to include an avatar of the same age as their target population’s subjective age.

Examples of avatars of different ages 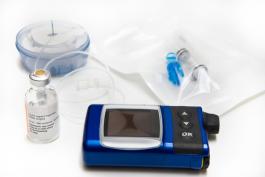