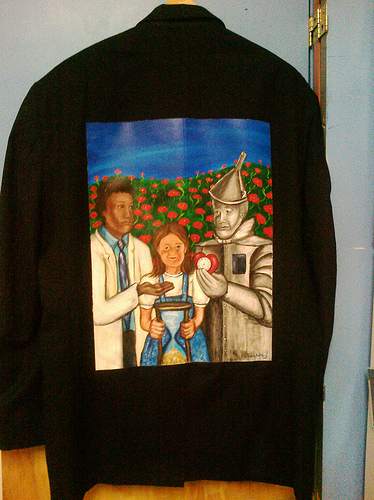 If I Only Had a Heart

by Regina Holliday 10 min read
When I was a very small child, I would walk three blocks with my grandfather to Rexall’s Drug.  He would walk slowly in his cowboy boots and spit chaw into the weeds beside the path. He would tell me tales of long ago.   I would scamper beside him like a puppy, my bare feet skimming the pavement as I circled around him.  We would enter Rexall’s Drug and he would buy me a soda pop in a glass bottle. I would relish the cold drink and trace my finger upon the beads of perspiration on the glass.  I would wait patiently as he joked with the shop-keep.  One day near the register, I noticed this small blue lettered chipboard sign covered with little red paper flowers.  I asked grandpa if I could have one of the flowers.  He purchased it for me and as I admired it in all of its crepe paper glory, he told me, “Someone died for that.”  I looked up at my grandfather in confusion.  He opened the door and ambled down the path with his boots clopping upon the pavement and continued.  “I was born in 1907. When I was a boy there was a war and many soldiers died.  After that war, they started making those poppies. Everyone of those poppies is a dead person.”
I twirled the pretty little flower in my hand and thought of death.
A few years later I saw the Wizard of Oz on television for the first time.  I sat amazed to watch a black and white film became a color film. I had never seen that happen before.  But I became very concerned when Dorothy entered the poppy field and went to sleep.  I was never certain Dorothy survived the field.  Part of me always wondered. Did Dorothy die at that moment?  She was so young, only a child, but I knew children die just as assuredly as young soldiers die in poppy fields.
This is a Walking Gallery jacket for Dennis Wagner, “If I only had a heart.”

Dennis Wagner is the Co-Director of the Center for Medicare and Medicaid Innovation Group (CMMI) initiative named Partnership for Patients.  I spoke to him recently and asked him if he would join The Walking Gallery and he said he would.  He thought about his jacket concept and wanted to focus on organ donation.
From 2003 to 2007 Dennis lead a national initiative called Organ Donation Breakthrough Collaborative.  This collaborative was designed to gather best practices from hospitals that had high donation rates and spread this knowledge to other hospitals in order to save lives.
During this initiative he met a mother named Susan McVeigh Dillon. Susan’s 14-year-old son Michael was badly injured during a climbing accident.  It was determined that he would never regain brain function.  She asked the hospital about organ donation.  They were not experienced with a non-heart-beating donation and therefore informed Susan that Michael was not able to be a donor.  Prior to the 1970’s all organ donations were non-heart-beating donations.  In the 1970’s the new standard of death was brain death; the non-heart-beating donation method fell into disuse. Susan demanded her son be given a chance and though she was undergoing a great personal loss she fought for Michael’s chance to give life.  The hospital contacted the Gift of Life Donor Program and working as a team they were able to complete Michael’s donation.  Susan and Michael’s story inspired hundreds of hospital teams to create protocols to accept such donations and lead to thousands of recipients receiving needed organs.

So within this painting, the classic tin man hands his non-beating heart (a clock without hands) to the surgeon.  He wants to save another’s life even if his own is forfeit.
In the center of this painting is a very special girl.  Her name is Alexa.  Her mother is Monica Kersting. Monica supports organ donation through art and advocacy on her website Alexa’s Hope.  Monica is unlike many in this space in that she advocates even though her daughter died while on the national organ donation waiting list.  Alexa was sick for many years and desperately needed a lung transplant. When she was only 14-years-old, time ran out for Alexa. So Alexa stands within this painting with her hourglass in hand and every grain of sand has fallen.  She smiles her lovely smile and her eyes sparkle.  She is gone.

Behind her is a field of poppies, they stretch as far as the eye can see.  Every one of those flowers represents someone who died.  But because of the work of people like Dennis, Susan and Monica, that death also represents lives saved. 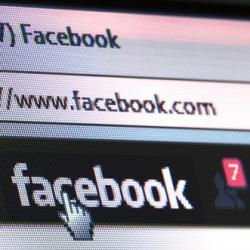 The Power of Social Media in Medicine:

Recently, there has been a great deal in the press surrounding organ transplantation. Sara Murnhagan, 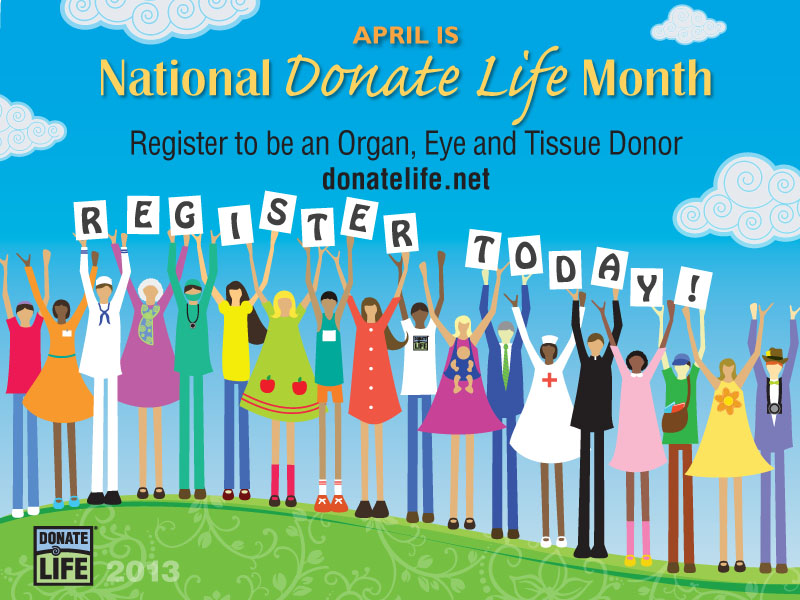 Myths and Misconceptions about Organ and Tissue

When it comes to organ, tissue and eye donation, there remain many myths and

Give the Gift of Life for National