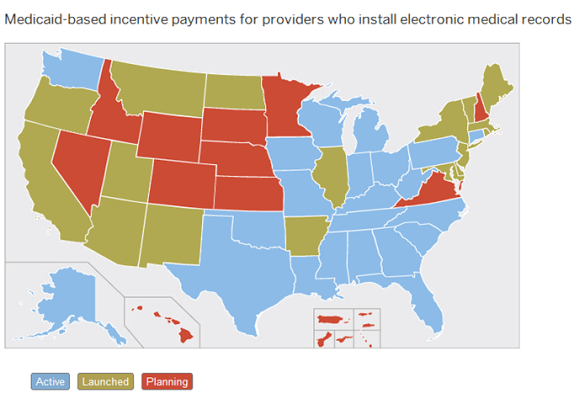 Interactive: A Status Report on Health Information Technology in the States

This map above provides a status report on where states stand in distributing Medicaid incentive payments for adoption of health information technology based on the latest data that was provided by CMS October 2011.

This map above provides a status report on where states stand in distributing Medicaid incentive payments for adoption of health information technology based on the latest data that was provided by CMS October 2011.

The 2009 economic stimulus law signed by President Barack Obama contained $27 billion in federal funds for eligible health providers who install electronic health records and follow government “meaningful use” guidelines to improve patient care. This portion of the law — known as the Health Information Technology for Economic and Clinical Health (HITECH) Act — allows incentive payments to providers in  both the Medicare and Medicaid programs.  Medicare is administered by the federal government, while Medicaid is a partnership between federal and state governments.  In the case of the health information technology payments, the Medicaid funds are being distributed by the federal government to the states, territories, and the District of Columbia, for re-distribution to the providers.

In January 2011, the Centers for Medicare & Medicaid Services (CMS) began making Medicaid funds available for states to launch those incentive programs for “meaningful use” of health information technology by eligible providers.

Some states — those marked ACTIVE — have already begun sending out payments to providers who have achieved “meaningful use;” some — marked LAUNCHED — have started programs but not yet distributed payments to providers, and others — marked PLANNING — are still in the process of creating their own plans. The interactive map illustrates how far along each state is in the process.

The latest data was provided by CMS and reflects information as of October 2011.

This interactive graphic was originally published at iWatchNews.org. 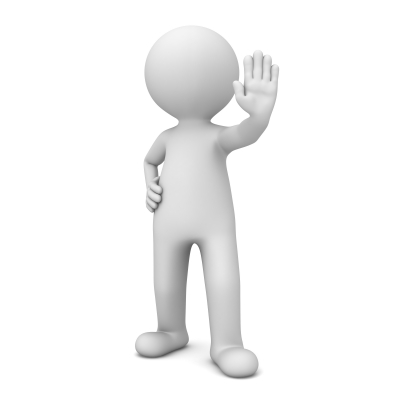 If you are a Medicare eligible provider, you are undoubtedly aware of the requirements for attesting 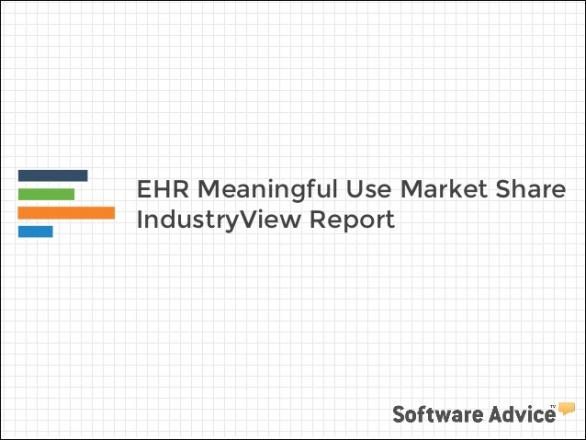 Insights from the 2014 Meaningful Use EHR