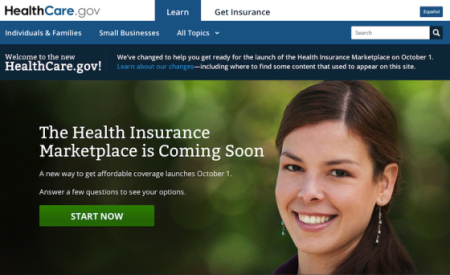 A new poll from Reuters shows that Americans have a more favorable opinion of the Affordable Care Act, aka “Obamacare,” than they did just a month ago. This shift comes inspite of the technical glitches that have plagued the healthcare.gov site since its October 1 launch.

A new poll from Reuters shows that Americans have a more favorable opinion of the Affordable Care Act, aka “Obamacare,” than they did just a month ago. This shift comes inspite of the technical glitches that have plagued the healthcare.gov site since its October 1 launch. Among some 12,000 individuals polled online in October, 1,100 said they were uninsured. Public support for the ACA increased from 44 to 47 percent among all respondents from September to October; 42 percent of uninsured individuals said they would enroll in health exchanges, compared with 37 percent of those polled in September. Healthcare.gov serves uninsured applicants in 36 states – those not living in states running their own insurance exchanges.

While its debut has been rife with bugs and website crashes, supporters of the health law point out that the ACA is much more than just a web portal. As Duncan Black wrote in USA Today:

People should remember that the program provides subsidies for lower income individuals and families. At least in states that have accepted the very generous federal contribution, Obamacare also expands access to Medicaid…the program, as designed, is intended to lower prices for the vast majority of people on the individual insurance market, as well as to open it up to people who previously have been denied affordable coverage because of pre-existing medical conditions

He rightfully points out that this is not an ideal plan – it lacks the public option – but was born of compromise and necessity that incorporates private insurers into the solution while providing insurance coverage for some 30 million more Americans. Something that seems to be lost in all of the rhetoric about site crashes — an admittedly bonehead launch with poor oversight and coordination — is the ability of millions to now obtain coverage despite pre-existing conditions. Obamacare is much more than a cranky website.

There’s no doubt in my mind that there will be some additional stumbles along the way. Chalk it up to growing pains — as with another innovative national program –– Medicare.

There was plenty of pushback when a small proportion of income was set aside to fund the Medicare. However, most people agreed then that health care for our seniors was a good idea, and still do. It’s encouraging to see that more people also think our kids, our working poor, our middle class, and those with chronic or acute diseases and disabilities deserve affordable health insurance too. 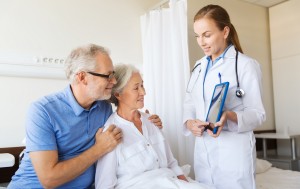