It’s that time of year where I should be writing about my highlights for healthcare in 2014, but I’m not going to, for two reasons.

It’s that time of year where I should be writing about my highlights for healthcare in 2014, but I’m not going to, for two reasons. Firstly, it’s already being done by many others who can write far more eloquently and with more authority on specific healthcare topics than I can, and secondly, because I’ve been fascinated by the whole saga surrounding Sony Pictures’ The Interview in recent weeks.

But bear with me, as this is not just me indulging my distraction – it does have relevance to healthcare.

For those who haven’t followed this story, here’s the summary: Sony Pictures was on the verge of launching a new film on Christmas Day called The Interview, which is about a plot to assassinate the North Korean leader Kim Jong-Un (the real leader of the world’s most introverted country, for those not into politics). Then, Sony got hacked by North Korea* – bigtime – and threats were also made that attacks would be carried out against cinemas screening the film, so Sony cancelled the release. This created a social media storm as the world was appalled by this apparent bowing down to terrorists and a plethora of celebrities went online to voice their concern, everyone from Rob Lowe to Steve Carrell (although as I write this I’m wondering what sits in between those two). Even US President Barack Obama got involved, labelling Sony’s response a ‘mistake’. Oops.

Fast-forward a few weeks and the pressure has resulted in Sony doing a U-turn with the film being released in some cinemas on Christmas Day and a broader digital launch making it the fastest selling online release ever. Even before all this, online trailers for the film had received millions of views over the last few weeks and I suspect the film itself will ultimately get way more attention, in all its formats, than if all this had never happened. If I were a cynical type I might suggest this was all a fairly nifty staged piece of PR, but nothing suggests that is actually the case.

Sorry? Relevance to healthcare you say? Oh right – let’s get onto that.

This seems to me to be a perfect example of how impossible it is to suppress information and free speech in today’s world. The amplification effect from social media means it won’t work and you might even draw more attention in trying to do so.

In healthcare this is particularly important. For The Interview a successful suppression would mean some of us might not see a movie we might otherwise have enjoyed and North Korea might feel a bit better about itself. In healthcare, suppressed information means people can die. It’s a somewhat sobering thought for the festive period.

Unfortunately, we still see examples of this happening in healthcare, whether it is ‘lost’ clinical trials information, an undisclosed financial arrangement or some withheld statistics on the success rate of a particular healthcare provider. But it also happens on a more subtle scale, as healthcare PR strives to position information in the right way. Now there’s nothing wrong with ‘good’ PR (and in fact some of the work my organisation does could be labelled as PR) – everyone has an opinion and the right form of PR strives to accentuate a particular opinion based on factual information, in a world where the conclusions are rarely black or white. But PR has sometimes gained a bad name by crossing that line – going beyond accentuation and into misdirection.

For all of us who work in healthcare, whether it is client or service side, this is a line that should never be crossed. Communication is a vital component of healthcare and good communication saves lives, especially in the world where social media can help messages go viral.

So my point is this – The Interview serves as a good reminder that no-one in healthcare wants to be seen in the role of North Korea. Trying to suppress the truth in healthcare is not something anyone should ever endorse, and for those who try it will probably backfire anyway. My New Year’s resolution for healthcare in 2015 is to therefore be responsible in all communication.

Right, enough of my pontification. I’m going to watch the trailer for The Interview. Have a good New Year!

* Note: North Korea has officially denied being responsible for this, but let’s not let that ruin a good story, shall we? 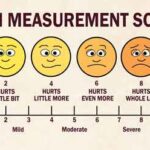 The Future of Mobile Healthcare Is Like a Warm Marshmallow