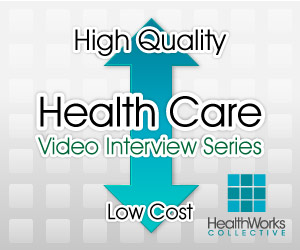 Last week, we joined Jeanne Pinder of ClearHealthCosts in New York City to talk about cost transparency in healthcare.  Today, Neel Shah joins us from Boston to speak about his non-profit organization, CostsOfCare.  Neel has a mission to educate and empower patients and their caregivers to deflate healthcare costs.  Neel has a comprehensive website and a mobile app in development.  He is also currently working on the Teaching Value Project, an initiative that plans to brings together a multidisciplinary group of medical educators and health economists to teach care providers how to reduce medical bills.

Neel and CostsOfCare have run an essay contest for the past 2 years and have awarded $4000 in prizes for the best stories illustrating the importance of cost-awareness in healthcare.  This year, the contest will run again; read all about it here.

Last year’s winners had some pretty amazing stories.  Renee Lux, a patient from Connecticut wrote to us about an unnecessary CT scan her doctor should have never ordered that labeled her with a preexisting condition and caused her insurance premiums to skyrocket.  And Molly Kantor, a third year medical student, told us how she figured out how to treat her patient’s heart failure on a $100 budget.

Watch the video and listen how Neel and his team plan to reduce healthcare costs while maintaining high quality of care and patient satisfaction.

Joan:  Hello.  This is Joan Justice at HealthWorks Collective.  And I’m here today with Neel Shah Harvard affiliated Doctor and Executive Director of CostsOfCare.  Neel and his team at CostsOfCare have a mission to educate patients and providers to reduce healthcare costs.  They’ve been featured on NBR and the New York Times, ABC television and numerous other publications and programs.  We’re real honored to have Neel with us today and Neel please tell us some more about CostsOfCare how you got started a little bit about your background and what you do?

Neel:  Great.  Joan, thank you so much for the opportunity to be part of this great series.  We probably can’t tell from the camera, but I’m actually hold out in the windowless room right now in the hospital call room.  So most of what I do as a Doctor is I see patients here in the hospital.  Well, that’s really what led to the creation of the non-profit cost of care.  You know because that you know just taking care of lots of patients for whom you know medical costs are tricky for lots of different reasons.

A lot of people assume that everybody knows that healthcare costs are expensive.  But I think that that there’s a perception sometimes people are insulated against it just because of their health insurance.  As we know because a lot of people don’t have health insurance, but there are plenty of people that do, who are not necessarily protected fully from the consequences of medical decisions that are aren’t a good value, a good bank for your buck.

And one of the things that really motivates me is that we know there’s about $750 billion that we spend every year on testing treatments that don’t help people get better.  You know and so the mission of the non-profit we say its help patients and their caregivers, deflate medical bills and we use the word deflate because its really about you know making sure that patients get what they need to get better, but trimming all the fat out of the build that there are things that people don’t need they aren’t helping them get better.  They’re just sort of even to their wallets.

And we do that in a couple of different ways.  We build technologies so we’re making things like an iPhone app that help guide doctors.  Nowadays, most doctors that used to carry lots of books in their pockets.  You could always tell to the young your doctors whereby how many books fell out of their pocket when they leaned over, and now all of that is on our phone.  So you know and in the same way that we lookup drug dosages on our phone we’re creating the ability to sort of with our practices and value information that can help guide your patients.

We do a lot of curriculum development and education work to help training doctors think about cost for their patients.  Increasingly we’re finding that patients are coming to their doctors, and they want to know what things cost, and doctors just still have the skills or the training or the support to be able to integrate that into their decision-making or helping to build that end.  And then we do a lot of advocacy work as well helping demonstrate why its important for doctors to think about cost.

And the main way we do that actually is by getting real stories from doctors, nurses and patients all over the country that illustrate opportunities to improve the value of care, and then sharing them as broadly as possible with the public so in broad strokes that’s what we do.

Joan:  Yeah it’s a great project.  Why don’t you tell us a little bit about upcoming contest and also about last years winners of the contest?

Neel:  Yeah sure.  So the advocacy that I mentioned is largely are these stories, and the mechanism that we used to collect these stories is a contest.  So we have fantastic judges.  We have people that sort of represent different leadership areas within healthcare.  We have Donna Shalala who is the former Secretary of Health and Human Services, I think the longest serving Health and Human Services Secretary ever Zeke Emanuel who is a well-known bioethicist and was in the White House recently.

We have the editor of the New England Journal Medicine Jeffrey Drazen and Pauline Chen who a lot of people know from her New York Times column called Doctor and Patient so that are this fantastic people they’re going to look at this for us.  And we ask people to send about a page you know really and they’re meant to be anecdotes, just stories that illustrate opportunities to improve the value of care, so they can be anything from medical bills that came out of nowhere that people didn’t expect or just difficulty finding that what’s something in the cost beforehand or solutions that they figured out, not just problems, but sometimes people have great ideas or solutions in terms of you know this is how it went about decreasing my medication cost or this is how it went about helping my patient you know get to the same end result without spending as much money.

And so you know we have great examples on both sides.  You know the things that went wrong and things went really well.  We have you know some of my favorite stories we have a patient who got an unnecessary CT scan.  She had some neck pain.  The doctor was pretty sure what the diagnosis was and regardless pretty sure that it would probably get better on its own without doing anything further, but she end up getting a CT scan and to get insurance I think the doctor never really thought about it very much and the CAT scan was paid for, but and then end up labeling with her a preexisting condition because he had to put a reason for getting the CAT scan on the order form.

And the next year her insurance premium skyrocketed and became unaffordable and I think often what happens is that it illustrates you know doctors and patients they might come to a decision and the effect might not be there until much later, and they might not always know about it.  So we thought that was a good opportunity to sort of bring that to the forefront and get people talking about it.  On the flip side we had a story from a medical student actually who figured out how to treat heart failure on a $100 budget.  She had a–

Joan:  That’s amazing.  I read that one yeah.

Neel:  Yeah its incredible.  You know usually a patient that came to our end they knew the patient had congestive heart failure every once in a while they knew he’s going to the hospital and that’s the patient who is fairly savvy.  They knew what it meant to be sent to the emergency room you know and they paid out the pocket for it before, and the patients just refusing to go so they had to be created and end up really figuring out that she never needed to go to the emergency room in the first place, but all needed was a chest X-ray and her medication and then they got her better and avoided a you know couple of thousand dollar bill.

Neel:  We find hundreds of these.  They come from all over the country.  The ones that get me really excited you know there’s a really egregious spells that people get, but the ones that get me really excited are the really routine stuff, so you didn’t have to have something horrible happened to you sometimes its just something as simple as — I didn’t realize it was a generic medication for the same thing and I saved a 100 bucks and we get the same story from five different states that means there’s something really powerful happening so.

Joan:  Great.  Well, thank you so much Neel.  CostsOfCare is certainly paving the way for more transparency in the cost in healthcare by teaching patients and providers to make thinking about cost of priority and those are great stories and good luck with your contest and maybe some of our readers will write you a story about their experience.

Neel:  Thanks so much Joan.

Joan:  Okay great talking to you. 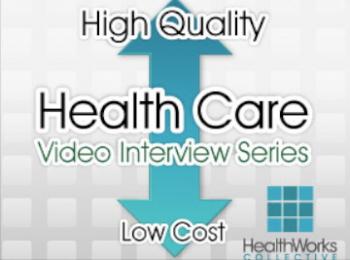 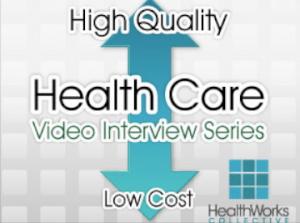