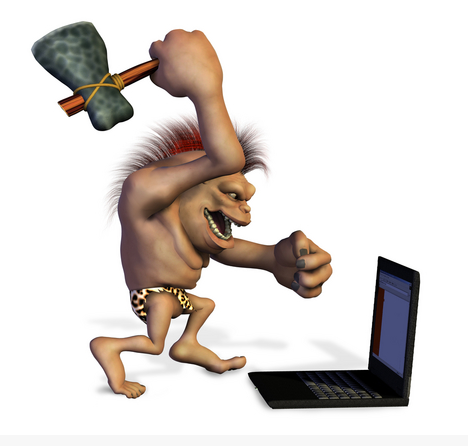 I actually had to look up “luddite” to confirm what I thought it meant.  It’s a term that has its origins in 1811 and the early stages of the industrial revolution.  Luddite represents a moronic objection to progress, and it’s how Jonathan Linkous, CEO of the American Telemedicine Association describes what is on the agenda this week in Chicago.

I actually had to look up “luddite” to confirm what I thought it meant.  It’s a term that has its origins in 1811 and the early stages of the industrial revolution.  Luddite represents a moronic objection to progress, and it’s how Jonathan Linkous, CEO of the American Telemedicine Association describes what is on the agenda this week in Chicago.

Nearly 200 years after the Luddites caused problems in the English textile industry, a state delegation to the American Medical Association is proposing a similar approach to telemedicine.  The New York AMA delegates plan to introduce Resolution 711, titled “Web-Based Tele-Health Initiatives and Possible Interference with the Traditional Physician-Patient Relationship,” at the organization’s annual meeting, starting Thursday.

After a series of “Whereas” this and “Whereas” that, we come to this: “Whereas, A face-to-face visit is needed to provide an initial examination sufficient to engage in an effective patient-physician relationship…”  Really!?!?!  Dr. Joe Heyman, an ACOG Alternate Delegate (speaking for himself), says he looked for an AMA policy describing the need for a face-to-face visit before establishing an “effective” physician-patient relationship and couldn’t find one.  Why?  Because it doesn’t exist!  As examples, he cites physicians who man ICUs remotely and monitor patients who have never been in the same room together.  He points out that neurologists are now seeing stroke patients for the first time via telemedicine and ordering courses of tPA for thrombolytic care.  Then there are the large academic centers in the U.S. whose physicians have established relationships with unfamiliar patients in foreign countries.

Dr. Heyman suggests that certain physical examinations can now be done, effectively, with assistance during telemedicine visits, dermatology being one example.  In the future, he believes that it may be possible to conduct an entire physical exam remotely.  If you can do remote surgery via telemedicine, why not physicals, he notes.

Of course, the VA Health System has found that it is sufficient.  The VA has done thousands of telemedicine visits with our valued veterans who have consistently and repeatedly stated that they like the convenience and believe they are receiving quality healthcare via telemedicine.

Another objection Dr. Heyman has to the resolution concerns this:  “Whereas, There are proper uses of tele-health technology to offer online treatment services similar to when a physician may engage in phone contact or consultation with a known patient including but not limited to:  follow up after face-to-face office evaluation of a current patient with an established physician-patient relationship; tele-health evaluation of a new problem or condition for a known patient where a treatment is already established and a face-to-face office visit has been properly determined to be unnecessary to addres the problem at hand; or a primary physician may initiate the utilization of medical specialty consultation services when the primary physician has engaged in face-to-face evaluation and this primary physician then seeks the services of a specialist whose services are needed and would not otherwise be available to the patient and their primary physician (such as rural underserved areas or in military medicine);…”

Dr. Heyman says this section is unrealistic because telemedicine is “new disruptive technology.”  Book publishers were opposed to e-books, music publishers had problems with iTunes, and newspapers and magazines have had to adjust because of blogs and apps.  In the same way, physicians are faced with disruptive technology.  Instead of resisting it, Dr. Heyman believes his colleagues should embrace the new technologies.  After all, telemedicine IS medicine.  If a physician provides substandard care during a telemedicine visit, the technology would not be responsible, but the careless or uninformed physician who misuses it.

The resolution would have the AMA urging the Department of Health and Human Services to “review tele-health initiatives being implemented by major health insurance carriers…and others to assure that proper standards of care are maintained, that such initiatves and the physicians who work with them are adherent to professional practice standards and federal public health laws and regulations.”  It goes on to say that the AMA should “seek regulatory guidance from the DHHS regarding the essential requirements of web-based tele-health technology and health care initiatives and the requirements of physicians and healthcare providers who engage in the delivery of such services.”

Dr. Heyman warns the AMA to be “careful of what you ask for.”  First of all, adding more federal government requirements does nothing more than limit telemedicine (or if you prefer telehealth).  What do government requirements do in most cases?  Let me answer that: prevent innovation, raise cost and discourage use.  But do physicians really want the government interfering with future patient-doctor relationships?  If greater safeguards are needed to protect patients, fine, Dr. Heyman says, but physicians should write them.  Needless to say, he is calling for delegates to defeate the resolution.

(Back to my opinion) Instead of raising more legal barriers to telemedicine, the AMA should be urging the government to lower them.  How else will we even start to resolve the problems created by underserved areas of our country?  If physicians had the freedom to see and treat patients irregardless of their location, who would benefit?  The patients, of course!