Some of the greatest discoveries in the history of modern medicine came from scientists who noted spatial and temporal relationships between events that had not been previously recognized, and deduced from their observations that the events were causally linked.

Some of the greatest discoveries in the history of modern medicine came from scientists who noted spatial and temporal relationships between events that had not been previously recognized, and deduced from their observations that the events were causally linked.

In 1854 for example, the John Snow observed that high cholera death rates in 2 districts of Soho were linked by a common water supplier. Snow created maps (pictured) to display the link and eventually traced the outbreak to one of the supplier’s water pumps. He convinced the supplier to remove the pump handle and treat the water with chlorine, and that promptly ended the epidemic. Snow’s work was canonized as a founding event in the science of epidemiology.

Then in 1928, Alexander Fleming–already renowned as a brilliant scientist with an untidy laboratory–accidentally spilled a beaker filled with a fungus (genus, Penicillium) onto a petri dish containing the staphylococcus bacteria, just before he left for a vacation with his family. 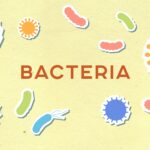 Upon returning, Fleming noticed that staph colonies close to the spill had died. Fleming subsequently showed that the fungus produced a substance which killed staph and many other bacteria. He named the substance Penicillin. The discovery revolutionized the treatment of bacterial infections and spawned the entire pharmaceutical industry in the process.

Last month, Finnish scientists used similar spatiotemporal analyses to look at the purported link between mobile phone use and brain cancer. Unfortunately, their results were not nearly as clear-cut as those of Snow and Fleming.

Here’s the Story
Mobile phones produce radio-frequency electromagnetic fields. To date, no study has proven that the radiation is tumorigenic, but doubt persists because it has proven difficult to quantify the amount radiation exposure in various areas of the brain, and the long latency period before cancer first develops and becomes clinically manifest.

Taking a fresh look at the matter, Suvi Larjavaara and colleagues at the University of Tampere reasoned that if mobile phone radiation caused cancer, these tumors ought to be found in parts of the brain nearest the area where the user holds the phone. That’s because the radio-frequency field emitted by mobile phones penetrates the skull in a highly localized fashion, decreasing in intensity by a factor of 10 just 2 inches from the handset.

To investigate this hypothesis, Larjavaara’s group performed a multicenter, case-control study using data from nearly 900 patients with glioma, the aggressive form of brain cancer that some believe is triggered by mobile phones.

The scientists found that the gliomas did not cluster within the range of the radiation emitted from the devices.  In addition, people who spent more time on the phone and had used a phone for the longest period of time were no more likely than others to develop cancer near the site where they reported holding the phone.

Unfortunately, their results are far less conclusive than those of Snow and Fleming, because gliomas can take a decade or more to develop, and less than 5% of the people in the study had used mobile phones for 10 years.

Larjavaara’s study was considered by the World Health Organization before it released a statement this month saying that mobile phones should be classified as “possibly carcinogenic,” a group of environmental factors that also includes coffee, pickled vegetables and car exhaust.

The WHO report rattled millions since its previous position had been that there was no established evidence for a link, and since more than 5 billion mobile phones are currently in use around the world.

Certainly Larjavaara’s study didn’t support the WHO’s policy change. So what did?

In part, it was the results of another study by Elisabeth Cardis at the Center for Research in Environmental Epidemiology in Barcelona (scheduled for release next week). Cardis’ group used a different algorithm to determine the amount of energy delivered to the tumor site. They found just the opposite result: gliomas in long-term mobile phone users did occur more frequently in places of the brain receiving higher radiation levels from the phone.

Modern times, modern problems I guess. The spatiotemporal observations that led to phenomenal scientific breakthroughs in the past have yet to reveal a clear picture in the evolving story of mobile phones and brain cancer. In addition to the methodological challenges mentioned above, the main problem with this epidemiological approach is that the pathogenesis of cancer involves a decades-long process;  whereas the bacterial processes observed by Fleming and Snow occurred in minutes to hours.

All that said, let’s remember that gliomas are exceedingly rare. The annual incidence of these cancers is only 6 per 100,000 people. Even if mobile phones doubled that risk (a very unlikely result) the incidence would be less than one-tenth as high as that for cancers of the prostate and breast. I’ll use a hands-free device as much as possible ‘till the dust settles, but I’m not going to lose sleep over this.