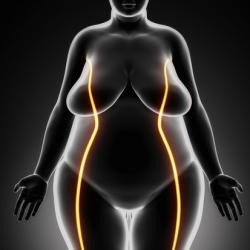 Over the summer, the American Medical Association officially labeled obesity a disease. The new designation informed 78 million American adults and 12 million American children that they have a condition requiring medical treatment.

Over the summer, the American Medical Association officially labeled obesity a disease. The new designation informed 78 million American adults and 12 million American children that they have a condition requiring medical treatment.

If obesity is, in fact, a disease, the majority of Americans have it. Over one third of Americans are obese and well over two-thirds are overweight. And here in the U.S., we treat diseases with drugs. Coincidentally, two new drugs, Belviq and Qsymia, entered the market shortly after the AMA began calling obesity a disease. These drugs are the first weight loss medications to receive FDA approval in over a decade.

Until very recently, much of the medical community considered weight loss drugs to be vanity products. However, with the rise in obesity in the United States comes a rise in heart disease, depression, type 2 diabetes and some cancers. These drugs may have the potential to prevent the onset of some of these conditions.

The major difference between Belviq and most other weight loss drugs or weight management aids is that it actually provides a feeling of satiety. The drug works on serotonin transmitters in the brain to make users feel full. They simply don’t have to eat as much as they would without it.

Qsymia combines two currently approved drugs. The first is an appetite suppressant called phentermine. This is the safer part of the infamous fen-phen weight loss aid. The other half is a seizure and/or migraine drug called topiramate, which can cause feelings of fullness, and increase calorie burning.

“Obesity threatens the overall well being of patients and is a major public health concern,” said Janet Woodcock, M.D., director of the FDA’s Center for Drug Evaluation and Research in a press release. “Qsymia, used responsibly in combination with a healthy lifestyle that includes a reduced-calorie diet and exercise, provides another treatment option for chronic weight management in Americans who are obese or are overweight and have at least one weight-related comorbid condition.”

Neither Belviq nor Qsymia is a miracle cure. Weight loss with both drugs is moderate for most users. Patients in clinical trials went from an average 227 pounds to 204 pounds on Qsymia. On Belviq, patients’ average weight dropped from 220 to 207.

Diet drugs have been around in different forms for years. It will likely take years to see if either of these new drugs makes a dent in America’s obesity epidemic.