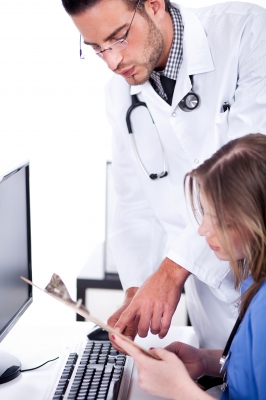 Physician billing can be complicated, especially if you work with Medicare.  But even commercial companies impose a Multiple Procedure Payment Reduction, or MPPR, in some instances.

Physician billing can be complicated, especially if you work with Medicare.  But even commercial companies impose a Multiple Procedure Payment Reduction, or MPPR, in some instances.  Here at Healthcare Information Services, we want to make sure that you understand this insurance procedure, and why it occurs.

The basic idea behind MPPR is that when a physician performs multiple (two or more) procedures, that are related, during the same session, Medicare and some commercial insurance companies won’t pay 100% of the fee schedule amount. Medicare allows 100% of the fee schedule amount for the first procedure reported, then 50% for the other procedures, up to five.  If a physician performs more than five procedures in one session, when doing the physician billing, an operative report must be filed and Medicare will decide if additional reimbursement is allowed.

Because of this, when doing physician billing, the highest value procedure should be listed first, then followed by the other procedures by value, with modifier 51 attached. Generally, the full value of each service should be listed and the payor will apply the MPPR.  Most Medicare carriers do not require that modifier 51 be used for claims submitted to them.  They will apply MPPR according to their RVU values for the procedures performed.

There are some exceptions to MPPR.  For example, Medicare has a separate set of rules for endoscopy procedures.  But MPPR does not apply to evaluation and management or physical medicine and rehabilitation services.  It also cannot be used in order to reduce payment for supplies.

Modifier 51 should not be used for “add-on” codes, or procedures found in Appendix D of the CPT manual.  Any code listed with a “+” preceding it is not subject to MPPR.  There are also “modifier 51 exempt” procedures, which can be found in Appendix E.  These codes are listed with a circle with a slash through it preceding the code.  A good rule of thumb for figuring out when to not use modifier 51 is that any procedure that includes the phrase “each additional” in the code description should be exempt.

Keep in mind, though, that MPPR does apply to office procedures like injections.  Physician billing can get tricky when trying to report and calculate reimbursement for patients requiring injections in multiple sites, or injections and other treatments.

Before doing any physician billing, it’s very important to understand MPPR.  Some insurance companies will tell physicians not to use the 51 modifier when submitting their billing, as the payor will apply the discount, however many medical societies recommend that practices append the modifier anyway, making sure that it is appropriate.

As many insurance companies use different MPPR rules, before signing a managed care contract, the practice should be fully aware of their MPPR policy.  MPPR makes sense, considering the physician uses less resources to perform multiple procedures in one session, and only one global period applies, but a physician needs to be comfortable with the discount before signing a managed care contract. It’s also a good idea to consider using MPPR internally for self-pay patients, as it maintains consistency and makes healthcare more affordable, without cutting too far into the cost of running a practice.