Earlier this month, India Health Progress (IHP), an advocacy and research organisation, and PFCD co-hosted a roundtable discussion in New Delhi on the “Growing Social and Economic Burden of Non-Communicable Diseases in India”.

Earlier this month, India Health Progress (IHP), an advocacy and research organisation, and PFCD co-hosted a roundtable discussion in New Delhi on the “Growing Social and Economic Burden of Non-Communicable Diseases in India”.

A variety of voices were heard at the discussion, which I was invited to participate in and moderate. These ranged from cardiac surgeons to primary health-care providers, from grassroots activists, working among India’s rural and urban poor, to educators seeking to integrate health, lifestyle and NCD prevention lessons into school curricula. There were also representatives from the pharmaceutical industry and from consumer organisations, research scientists and nominees to government bodies.

NCDs are an emerging health crisis in India. The country’s health minister recently admitted NCDs contributed to one of every two deaths in India in any given year. Between 2004-15, according to the World Health Organisation, NCDs – premature deaths, disabilities, time taken off work – could cost India US$ 237 billion.

So serious is the challenge that in April 2012 the Indian Ministry of Health plans to inaugurate a gigantic screening programme, covering 150 million people in its first phase. In 100 districts spread across 21 states, and incorporating urban slums in 33 cities, the programme will screen all males above 30 and all pregnant women for diabetes and hypertension. It will be the largest such identification and screening programme anywhere in the world. Yet, given India’s 1.2 billion population, it will only be a small start.

The government can’t do this alone. IHP has offered to start mapping underprivileged communities and schools in India’s capital city in the coming months, to ascertain the prevalence of and awareness about cancer and diabetes. It will then publish its findings, and take them to the Health Ministry and India’s Planning Commission.

The roundtable took place in this context, just as India is putting together its grand strategy to combat NCDs. It revealed a slew of ideas:

None of this will happen in a hurry, but at least the thoughts have begun to flow. The Indian battle against NCDs will set the trend for low-cost interventions in a series of emerging and developing economies. That is why it should be worth watching.

Ashok Malik is a journalist writing primarily on public policy. Ashok is based in Delhi India and his columns and articles have appeared in several newspapers over the last 20 years.

by Vijay Govindarajan and Ravi Ramamurti 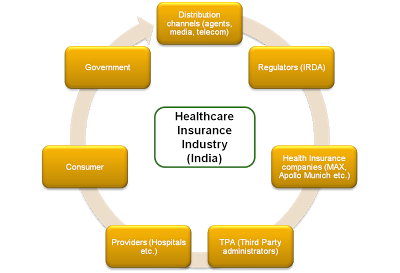 Inspite of low penetration of Health Insurance in India, inclination towards Prevention and wellness