Panic attacks are characterized by a racing heart, copious sweating, rapid breathing and feelings of impending doom and loss of control. Approximately 15% of adults have experienced a panic attack. A stressful event like a final exam or a big presentation typically precipitates the episode.

A minority of affected people, perhaps as many as 2% of adults, have full-blown panic disorder, which is characterized by frequent attacks, often in the absence of an obvious trigger, and by behaviors designed to avoid situations that might precipitate an attack. In extreme cases, affected individuals shut-out social interactions altogether to avoid the possibility that they might have a panic attack.

Physicians tend to reserve drugs like SSRIs (newer antidepressants) and sedatives to prevent recurrent panic attacks, but the drugs seem to work in no more than two-thirds of affected individuals, at best. As an alternative, many clinicians use cognitive-behavioral therapy to treat the symptoms of panic attacks. In this approach, individuals learn to control and live with that horrible sense of doom during an attack. When behavioral therapy works, people gain confidence that the unpleasant sensations are temporary and not overly harmful.

What’s New For decades, a cornerstone of the behavioral approach to panic disorder has involved breathing deeply, usually into a paper bag. This exercise is thought to help people calm down by focusing on something benign, non-threatening and controllable. 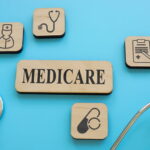 Now, a pair of studies by Alicia Meuret and colleagues at SMU suggests that the exact opposite approach to breathing, one that involves taking slow, shallow breaths, may be better.

Meuret’s group tested a ginned-up version of “slower, shallower breaths” in which patients adjusted their breathing to correspond with a series of tones produced by an audiotape, and checked their physiological responses with a gadget called a capnometer.

The capnometer allows users to monitor carbon dioxide and oxygen levels in their blood. If the shallow breathing technique is done properly, the capnometer reveals that the patient has raised his or her carbon dioxide level. This seems to calm-down patients and gives them a sense of self-efficacy just when they need it most.

In the first study of the new technique, Meuret’s group showed that subjects increased their carbon dioxide levels and reduced the severity of panic disorder symptoms when compared to a control group. The beneficial effects were sustained for a full year following the course of therapy.

The group’s more recent study showed the new technique to be more effective than another commonly used behavioral technique in mitigating panic symptoms. The results were published in September in the Journal of Consulting and Clinical Psychology.

“It makes perfect sense, the lay suggestion that says take a deep breath,” Meuret said in an interview. But the impact of such advice is hyperventilation, or “overbreathing.” This causes carbon dioxide levels to fall and that exacerbates symptoms of anxiety and panic.

Meuret’s novel approach requires further validation, and its long-term effects need to be assessed as well. And of course, it remains to be seen whether patients can apply the technique without using a capnometer, an expensive device normally reserved for use in hospitals.