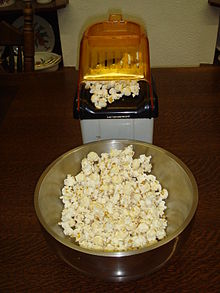 by Michael Kirsch 5 min read
New Yorkers are headed toward leaner times.  The New York City Health Board recently approved a ban on large sized soft drinks proposed by Mayor Michael Bloomberg.  Is Big Government now targeting Big People’s Big Drinks?  Does the government have the right to restrict free choice on what we eat or drink?  Does the argument that this is a necessary public policy initiative pass the smell (or taste) test?  Will this edict result in measurable weight loss?  Do we know as fact that weight loss saves health care dollars or do we assume so simply because the conclusion appears logical?
First, the policy is riddled with nonsensical exceptions.  If banning large drinks is right and proper, then why not ban them all, not just certain sizes at certain establishments.  Does it make sense to ban large drinks at movie theaters, but permit continued guzzling at convenience stores and vending machines?  If the product is evil, then shouldn’t any size of these life threatening beverages be poured down the drain?  Does it make sense that unlimited refills of smaller size sodas are permitted?  So far, does the policy seem rational and coherent?
Once the measure takes effect in March, movie patrons can still live dangerously and stay within the law simply by ordering several smaller sizes of the poison potions.  Thirsty customers can outfox the ban by purchasing multiple smaller sodas.  These folks who are carrying 3 or 4 small size drinks, rather than a supersize beverage, could easily spill them placing themselves and other moviegoers at risk of serious injury.  Those who adhere to the letter and spirit of the new policy by purchasing only a single small beverage may not have sufficient liquid to wash down the palm oil coated popcorn.  As a gastroenterologist, I foresee several cases of clogged esophaguses with popcorn gumming up gullets. I think the government will have huge legal exposure on this issue. Popcorn – An Innocent Victim
Do we think that New Yorkers who are forbidden to purchase large size drinks at certain locales will seek out celery stalks and carrot sticks?
Folks who try hard to lose weight have a hard time doing so.  Folks under the ban won’t get slimmer just because the government restricts one food class at a certain size at some locations.
Why stop at soda?  If pop is the enemy, then shouldn’t ice cream, candy, cake, doughnuts and fried foods be prohibited?  I am sure there are those who would support a government mandated menu that we would all be forced to swallow.  For these do gooders, government knows best.
Explain to me please why banning soda is necessary public policy while liquor and cigarettes are legal in any quantity.
I want to drink what I choose.  But I’m not drinking the Kool Aid.