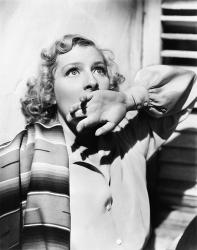 Oh No! The Republicans Are Going to Tax Your Health Benefits! If even The Wall Street Journal covers reforming the tax code to allow individuals to own their own health insurance in “Republicans Shy Away From Their Own Health Plan” (and it does), we have a big hill to climb before we can eliminate the discrimination agai

If even The Wall Street Journal covers reforming the tax code to allow individuals to own their own health insurance in “Republicans Shy Away From Their Own Health Plan” (and it does), we have a big hill to climb before we can eliminate the discrimination against individually owned health insurance. According to the WSJ, Congressional Republicans are more gun-shy than ever of a reform that would give households tax credits to buy health insurance, instead of biasing the tax code in favor of employer-based benefits.

This risk-aversion is a consequence of the fact that ObamaCare is causing millions of people to lose their health benefits. Although many of these victims have individual policies, many are also insured through their employers. Because President Obama’s guarantee that “if you like your coverage, you can keep it” has been exposed as false, Republicans have been freshly reminded how fearful people are of change.

This has pushed them back into a corner, defending the tax discrimination favoring employer-based benefits and against individual tax credits, according to the WSJ.

This is a real shame. Individual tax credits were a feature of Senator John McCain’s 2008 presidential bid, President Bush in 2007, and were proposed as long ago as 1995 by John C. Goodman and Mark V. Pauly.

They should not be that hard to sell. This article makes a couple of very straightforward points, which any reformist politician should be able to transform into good sound bites.

For the average family with employer-based benefits, reform would lead to an increase in taxable income of almost $12,000. (I calculated this from the Kaiser Family Foundation’s 2013 Employer Health Benefits Survey, which reported $16,351 as the average cost of family coverage, of which employees pay $4,565 directly.)

If the family is in the 30% tax bracket, that implies an additional tax liability of $3,600. But proposed family tax credits have been in the range of $5,000-$8,000. As a result, the average family with employer-based benefits would realize an increase in after-tax income.

According to the Congressional Budget Office’s May 2013 estimate, the exclusion of employer-based health benefits (including long-term care premiums) from households’ taxable income will reduce federal tax revenues by $248 billion in 2013. It is, by a huge margin, the largest tax expenditure in the Internal Revenue Code. However, because of our progressive income-tax code, the lion’s share of this will go to the highest earning quintile: The top 20 percent of earners get 34 percent (over $84 billion) of the total value of the tax exclusion. The lowest-earning 20 percent get only 8 percent (about $20 billion) of the benefit.

Let’s imagine there was no Medicare or Medicaid or other health insurance to complicate the analysis. If the government taxed employer-based benefits and distributed the revenue equally to the population, the lower three quintiles would get more money than they currently do, and the top two would get less.

Reformist politicians should be able to explain a health-insurance tax reform that clearly benefits the middle class, and most Americans. Now that ObamaCare is on the ropes, the time is ripe to advance, rather than recoil from, such reform.