First published on MedCityNews.com. A “handheld laboratory” designed to diagnose malaria in under 15 minutes could be in the hands of healthcare workers overseas within two years if QuantuMDx can meet the ambitious goals it’s set for itself.

First published on MedCityNews.com. A “handheld laboratory” designed to diagnose malaria in under 15 minutes could be in the hands of healthcare workers overseas within two years if QuantuMDx can meet the ambitious goals it’s set for itself.

The medical device company has turned to Indiegogo in search of $50,000 for field trials of its miniaturized DNA sequencing device.

Unlike many other crowdfunding campaigns, this is no early-stage project. Molecular geneticist Jonathan O’Halloran has been working on it for years. The company comprises 35 people in three countries, and CEO Elaine Warburton said it’s raised $22 million in grants and angel money. 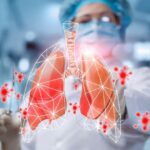 In an effort to “fight off venture capital” and keep its efforts humanitarian-focused, Warburton said crowdfunding seemed like a smart strategy. Donors will be directly contributing to the development and testing of the device by “purchasing” cartridges for trials and suggesting names for the device.

O’Halloran’s idea was to shrink a diagnostic laboratory into a small device that could conduct DNA analysis without electricity or water and could be carried into the field, to avoid the waiting period that comes with sending samples to a molecular diagnostics laboratory.

“We had to reinvent many of the processes, all the way from sample prep to amplification,” he explained.

The first application of the device will focus on malaria, an infectious disease that kills more than 620,000 people a year – most commonly children in sub-Saharan Africa, according to the WHO. One of the big problems with malaria is that it’s mutated over the years and now in some cases is resistant to the most common antibiotic treatment regimen.

QuantuMDx is working with researchers at St. George’s and University of London to develop assays not only for diagnosis but for drug susceptibility testing, so that a field worker could provide an infected person with the best treatment on the spot.

A finger-prick blood sample is placed on one of QuantuMDx’s disease-specific cartridges that contain all of the reagents and sensors required to process the sample. The cartridge is placed in the device and within 15 minutes results appear on the touch screen, telling the healthcare worker whether malaria was detected in the sample, what species it is and whether it showed traits of drug resistance.

The company has a working prototype it’s used to run diagnostic tests and plans to begin field trials in Africa mid-year. The plan is to compare results the device generates with the gold standard molecular test for malaria. If the results are good, Warburton said the company plans to commercialize first in Africa and India, then other developing nations and eventually Europe and the U.S.

As of Wednesday morning, the campaign had raised about $2,500. 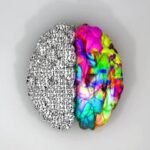 APTA Session Recap: What We Say Feeds White and Grey