Medicare’s excess readmission penalty policy (up to a 1% ding in IPPS Medicare payments to hospitals that have excess readmissions for acute myocardial infarction, heart failure and pneumonia in FFY 2013, going up to 2% in 2014 — and adding in measures for hip and knee replacements and acute episodes of COPD patients — and 3% thereafter) has resulted in some hospitals experiencing multimillion-dollar pay cuts. Over the next couple of years, the potential exposure will triple, upping the ante from the relatively low stakes hospitals have faced thus far.

The excess readmission penalty program (if the penalties are high enough) will force hospitals to become enmeshed in post-discharge care to a degree not hitherto seen in the FFS world. This is of a piece with leverage exerted by other health reform innovations. For example, the cost and quality improvements called for in the ACO program will lead health systems to apply changes to management of all patients’ care, not just Medicare patients’ care (because running multiple parallel systems is impractical). In essence, by design or otherwise, various aspects of health reform and financial incentives attached to them require greater integration of effort across previously more-disjointed elements of the health care “system,” as well as departures from the traditional FFS mode of thinking and acting.

In the readmission realm, this means spending more time and effort on the pre-and-post-discharge patient communicaitons (through health coaches, nurses in call centers, and others) to ensure that patients understand discharge instructions, have access to the meds and supplies they need, and adhere to the discharge instructions, including medication regimens. Since doing these things is really a matter of common sense, but common sense has not been applied consistently, having Medicare readmission policy put this monkey on hospitals’ backs is as rational an approach as any. 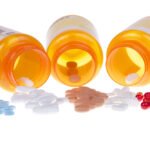 From the perspective of managing chronic disease, and the familiar statistic that 50% of health care costs are consumed in the care of 5% of patients, it makes a great deal of sense to amp up the case management, medication adherence and patient communicaitons programs — since they are so inexpensive relative to inpatient hospital care. To date, this hasn’t been done consistently because of the fragmentation of care promoted by the FFS reimbursement system.  Self-insured employers have been in the forefront of advanced care management initiatives because they are more likely to be in it for the long haul — an employer may flit from health plan to health plan on annual basis, so that insurer A would not wnat to invest the dough in improving the health of a population only to see the savings enjoyed the following year by insurer B, but a self-insured employer recognizes better the long-term value of improving the health status of its workforce.  For a couple of examples of programs with some slightly higher up-front costs which yield significant savings through better management of chronic conditions, check out my recent interviews with Rushika Fernandopulle and Dexter Shurney at Diabetes Innovation.

Returning to the question of how to manage care better so as to avoid readmission penalties: Some hospitals will outsource the case management necessary to keep discharged patients healthy at home. One such program was described in submissions to the federales that resulted in the recent issuance of an OIG advisory opinion approving the readmission reduction program operated by a pharma company subsidiary. The reason the opinion was sought had as much to do with the ownership of the contractor by a pharma company as with the structure of the program itself.

The contractor is to be paid a setup fee by each hospital, and thereafter an annual fee calculated based on which a la carte services are selected by the hospital and how many patients are served by the program.

Even though some utilization costs would likely increase as a result of the program (i.e., medication adherence), they would be tied to appropriate utilization as outlined in discharge plans. The program would not be biased in favor of the parent pharma company’s products, and the parent and subsidiary would have separate sales forces. Since patients are already likely to receive follow up care within the health system of a hospital from which they are discharged, the program was not found to involve a significant risk of impermissibly “steering” patients to affiliated providers.

While the OIG advisory was sought largely in order to address the potential conflict of interest posed by the operation of this program by a pharma company subsidiary, it is an instructive document for all hospitals and health systems. As the inexorable march to bundled payments and global payments continues, all health care providers must become more cognizant of the need for integration of care across care settings. This mindset has taken hold in a small subset of providers to date. Expanding this way of thinking will benefit patients as well as providers.

By signing up, you agree to our Terms of Use and acknowledge the data practices in our Privacy Policy. You may unsubscribe at any time.
David Harlow August 27, 2013
Share this Article
Facebook Twitter Copy Link Print
Share
Previous Article Mobile Health Around the Globe: Beddit Tells You How You Slept and How to Do It Better
Next Article Startup Founder Reacquires His Patient Portal Business 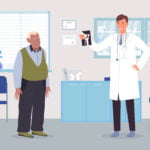 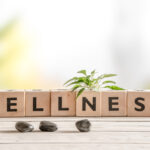