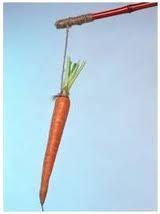 The Real Price of Incentives: Loss of Trust

Are incentives a bribe? Incentives, rewards, penalties, fines, deadlines. Are they counterproductive? Probably so, amongst professionals.

Many of these issues also apply to healthcare and medicine. Rushing to satisfy requirements for new technology and unproven organizational models often leads to loss of productivity, inappropriate expenditures, and disaster for organizations.

Are incentives a bribe?

Incentives, rewards, penalties, fines, deadlines. Are they counterproductive? Probably so, amongst professionals.

Many of these issues also apply to healthcare and medicine. Rushing to satisfy requirements for new technology and unproven organizational models often leads to loss of productivity, inappropriate expenditures, and disaster for organizations.

You might be thinking “why else would people work if not to enrich themselves?” This is certainly the view of human nature that dominates economics. In The Wealth of Nations, the father of modern economics, Adam Smith wrote:

It is in the inherent interest of every man to live as much at his ease as he can; and if his emoluments are to be precisely the same whether he does or does not perform some very laborious duty, to perform it in as careless and slovenly a manner that authority will permit.

Thus, for Smith, if you wanted people to do an honest day’s work, you had to make it pay. The discipline of economics has been guided by this assumption ever since. And the management practices of organizations in all areas of life have borne the mark of this view. But even within this framework, people realized that there was more to work and life than instrumental incentives. For example, Goldman Sachs, the investment bank that was one of the villains of the financial collapse, was guided in its earlier days by “service to client” as its touchstone. It was only after Goldman Sachs became a public company that it evolved into a money-making machine.

Does this sound like health care? The cost of doing business, health or otherwise increases with bureaucracy, and like “teaching to the test” creates more efficiency to produce more income and incentivizes the wrong goals.

Yes, “what’s in it for me” was a part of human nature, but so were virtues like honesty, integrity, loyalty, pride, responsibility, duty, commitment, and courage. Indeed, even Adam Smith made it clear in The Theory of Moral Sentiments, that he didn’t think the economic side of human beings told the whole story. But nowadays, we tend to see human motivation as uni-dimensional, at least when it comes to designing our institutions. What is odd is that although we seem readily to accept this view when it comes to other people, we reject it completely when we’re thinking about ourselves.

There is no doubt that some incentives are smarter than others. But incentives are, by their nature, limited in what they can accomplish, and thus not the right tool for every objective. Worse yet, incentives can have perverse effects, undermining the moral commitments people might otherwise have to pursue the telos of their chosen profession.

Psychologists have known this for years, but policy makers have not been paying attention. In this connection, it is interesting to note that the “normalization” of incentives is a relatively recent historical phenomenon. In earlier eras, they were regarded with distaste as nothing more than bribes. They were not the same as rewards and punishments, because rewards and punishments imply merit or desert. They were just levers that one could use to make people do what you wanted them to do. Owing, I think, to the pervasive influence of economics, and to developments in the discipline of management science, incentives slowly evolved into morally neutral management tools. One consequence is that questions about what the right thing to do is were less and less commonly asked.

If people aren’t asking themselves what’s the right thing to do, they are not likely to do the right thing. And as a result, the public will stop trusting them, as indeed, it should.