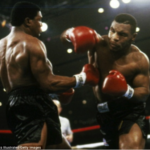 After Fighting Mike Tyson, Wouldn’t We All Need Rewards to Take On Healthcare? At the end of every major boxing match, Jim Lampley interviews the winner and asks the inevitable questions “are you going to retire?

At the end of every major boxing match, Jim Lampley interviews the winner and asks the inevitable questions “are you going to retire? Do you think this is your last fight?” More often than not, any seasoned pugilist who has just spent 10 rounds in the ring, says “I’m seriously considering it” while he wipes the blood from what’s left of his nose. Wouldn’t you say you were going to retire if you just got hit in the face for 2 hours?

Is there a solution? Financial rewards for healthy behavior may be the answer. If we said to consumers, be healthy and be rewarded, we could not only help consumers be healthier but also to lessen some of this financial strain.  At the same time we would be impacting our country’s need for health improvement. A true one-two punch. Consider the following:

Survival not Prevention. Americans are in survival mode – not health improvement or prevention mode. What do we wake up every day thinking about? Paying the bills. Not the preventative care we are missing.  According to a 2013 benefits trend report from MetLife, 53% of Americans describe themselves as living paycheck-to-paycheck, 55% of employees report they worry about meeting their monthly living expenses and financial obligations and 58% are concerned about having enough money to make ends meet. In January 2009, there were 31.98 million Americans on food stamps. Today, there are 46.68 million on food stamps. Food stamp enrollment has jumped 65.2 percent over the last four years, Medicaid enrollment 19.3 percent, and Disability enrollment 17.6 percent.

Increased Healthcare Cost. For the majority of American families, health care premiums are the greatest health care cost – extracting approximately 20 percent of the annual median family income in 35 states. Many Americans are faced with rising premiums or unable to afford coverage or out of pocket expenses. In 2013, the average annual premium was $5,884 for individual coverage and $16,351 for family coverage. Over the last 10 years, the average premium for family coverage has increased 80 percent from $9,068 in 2003 to $16,351. Twenty-one percent of covered workers are in plans with an annual total premium for family coverage of at least $19,622.

The cost of healthcare has placed a tremendous burden on Americans. Sixty percent of all bankruptcies expected this year will be due in some way to healthcare. Americans have significant trouble when it comes to paying for medical treatments. One study found that in 2010, 30 million Americans had medical bills in collection, compared with 22 million in 2005. Another study found that a full 40 percent of American adults have had trouble paying their medical bills. According to data from the Medical Expenditures Panel Survey, the average charge for an emergency room trip was $1,233 for the top ten reasons for a visit, which is 40 percent higher than the average American rent of $871 per month.

Skipping Care to Save Money.  Consumers have been skipping care to save money. As consumers face financial concerns and, in turn, are carefully watching their expenses, a sizeable number of consumers are sacrificing (35 percent) or postponing (28 percent) care to avoid out-of-pocket costs.

Lack of Time. Lack of time is a key concern of consumers when it comes to being healthy. Over 42 percent of consumers cited lack of time as the top obstacle for not getting and staying healthy. This was followed closely by affordability (40 percent).

Increased Stress. The bad news is that even in strong economic times, health takes a back seat to other priorities in most consumers’ lives. So, in a climate filled with job insecurity and financial stress, it’s even more challenging. Job and workplace stress has increased substantially since the financial crisis. Our troubled economy makes employees everywhere feel like they’re on an emotional roller coaster. Layoffs and budget cuts have become workplace norms, and the result is increased fear, uncertainty, workload and stress.

Health is a New Job Responsibility. If we go back ten years, no one listed “be healthy” as one of an employee’s job responsibilities. Now it has become part of the job. Unfortunately, this added responsibility is asked of an already overworked and stressed employee.  Companies regularly ask employees to take time out of their day to use company services such as onsite clinics, health coaches, and employee assistance programs.  While these should be great benefits for employees to take advantage of, with all the strains and stresses of work and limited time, this becomes a challenge.

Increased Family Responsibilities. According to the National Alliance for Caregiving, an estimated 65.7 million people in the U.S. have served as unpaid family caregivers to an adult or a child, and an estimated of 36.5 million households have a caregiver present. One third of caregivers take care of two or more people (34 percent). With the population aging and with the number of caregivers increasing, this places an additional financial and emotional burden on the consumer.

Lack of Physician Impact. Many of the changes under ObamaCare have made it virtually impossible for physicians to spend the appropriate time with patients to help them deal with their health issues. Even though consumers have indicated that they would take guidance from their physicians, their physicians barely have the time. At the same time, as the “if you like your doctor you can keep your doctor” erodes, consumers will be faced with limited networks and new physician relationships that exacerbates the problem.

History of Someone Else’s Problem. For decades, the word “health” was barely uttered at a workplace.  We are undoing decades of a model of health that did not require anything from an employee. We are now asking Americans to forget what they have experienced their whole life.  There were never pressures to select lower cost providers, be healthy or stick to a physician’s regiment.  This was all taken care of by health insurance. Now, Americans are being asked to be better healthcare consumers when for decades they have not had to act like a consumer when it comes to their healthcare at all. Now we are asking them to change all that and be good healthcare consumers. To make it ever harder, they don’t trust the companies – health plans and employers – that are asking them to take action.

Over the past few years, we have hit consumers with uppercuts, body blows and a few below the belt. Now we say to them “it is your responsibility to fix the healthcare system.” Ironically, consumers know where they place the blame—on themselves. When asked what factors have driven up the cost of health care in the United States, 53 percent point to ‘individuals not taking care of themselves,’ while 52 percent cite a rise in obesity.” Regardless, the reality is that when consumers live their daily lives, preventative health and health improvement is not as high on their list as we want it and need it to be.

These financial rewards can be implemented so that they pay for themselves. This is done by rewarding not only for behaviors that drive long-term savings such as nutrition, exercise and weight management, but by combining these goals with those that deliver immediate and intermediate cost savings. This “trifecta” of immediate, intermediate and long-term return on investment allows us to reward consumers for a variety of behaviors to address our healthcare crisis. Combine immediate behaviors such as using a lower cost MRI provider or urgent care versus the emergency room with improved prevention, nutrition and exercise and we are really onto something.

We could prevent one low birth weight infant with incentives? For example, in Florida, medical costs for a healthy baby are approximately $4,551 from birth through the first year. For a preterm baby who needs intensive care, the costs average $49,033. If we gave each woman $500 in incentives to follow their pre-natal care, and we prevented one incident at a cost of $49,033, the cost of 10 women of $5,000 would be well worth it.

We could prevent the use of one high cost MRI with incentives? The price of a lumbar spine MRI at a hospital in California can reach more than $3,000, while the price of the same test at an independent radiology facility can be as low as $400. Each $50 incentive that resulted in the use of the lower cost facility would yield thousands.

In addition to these relatively clear benefits, the medical community agrees that prevention and lifestyle changes that improve nutrition, exercise and weight management produce improved health. Even if we acknowledge that the return on investment will take longer for these behaviors, if we combine immediate behaviors with these important longer term goals, financial rewards can save billions.

Financial rewards for healthy behavior are also one of the few solutions to the healthcare crisis where everyone wins. Consumers win by receiving financial rewards (and improved health). The system wins by reducing healthcare costs. The timing is perfect – ObamaCare increased the dollar value of allowance incentives and rewards to 30 percent (and in the case of smoking) 50 percent of annual premium.

We have hit consumers with a one-two punch and keep saying that they “should” be addressing their health risks.  Can we really expect consumers to add to their daily lives that task of “fix the healthcare system”? Whether or not they should be doing it, they are paying bills, caring for aging parents, dealing with time bankruptcy and hoping their job won’t be outsourced.

Let’s understand that consumers have just lost a 10 round fight with Mike Tyson and (like most of his opponents) have a bloody nose, bruised ribs and a headache.  Let’s see if we can help them get off the mat.