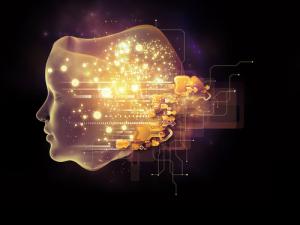 Leading technology entrepreneurs and scientists are urging researchers to be cautious when developing artificial intelligence (A.I.).

Leading technology entrepreneurs and scientists are urging researchers to be cautious when developing artificial intelligence (A.I.). They’re concerned that that humans will become too dependent upon intelligent machines. The A.I. realizing humans are no longer needed is a possible threat, too. But for now, that reality is still a ways away. Some deep-learning machines already developed, like Eve, an artificially-intelligent ‘robot scientist’, are helping medical researchers make drug discoveries faster and much cheaper, according to an article published in the Royal Society journal Interface.

The Eve A.I. discovered that a compound known to have anti-cancer properties could also be used to combat malaria, a connection undiscovered by human researchers. This isn’t a unique phenomenon; A.I. and robotic scientists have been assisting doctors diagnose and recommend treatments for patients and offer researchers pattern-oriented data insights for the last several years. Doctors have begun using these automation tools to further hospital and pharmacy automation, relieving the time physicians must spend managing medications. These algorithmic assistants are serving as natural extensions for scientists and becoming more prevalent as the trend automation in science increases.

The trend is consequence of how robotic scientists streamline the information discovery and data collection process. These robots are able to autonomously develop and test hypotheses to explain observations the researchers make, run experiments using laboratory robotics, interpret the results to adjust their hypotheses as needed, and then repeat the cycle. Artificial intelligence scientists also better prepared to record scientific knowledge because the experiments are conceived and executed automatically by computer, which makes it possible to completely capture and digitally record all aspects of the scientific process, according to a press release by the University of Cambridge.

In 2009, the same development team created Adam, a robot scientist that became the first machine to independently discover new scientific knowledge. They used the knowledge from that experiment to create Eve with the purpose of speeding up the drug discovery process and make it more economical. In the published study, the researchers discuss describe how the robot is able to identify promising new drug candidates for malaria and other neglected tropical diseases, such as African sleeping sickness and Chagas’ disease.

“Neglected tropical diseases are a scourge of humanity, infecting hundreds of millions of people, and killing millions of people every year,” said Steve Oliver, a professor from the Cambridge Systems Biology Centre and the Department of Biochemistry at the University of Cambridge. “We know what causes these diseases and that we can, in theory, attack the parasites that cause them using small molecule drugs. But the cost and speed of drug discovery and the economic return make them unattractive to the pharmaceutical industry.

Eve is designed to automate early-stage drug elimination by exploiting its artificial intelligence to learn from early successes in her screens, and select compounds that have a high probability of being effective against the chosen target. The researchers have demonstrated Eve reduces the costs, uncertainty and time involved in drug screening. This streamlined process has the potential to improve the lives of millions of people worldwide, the researchers state.

This testing process begins by Eve systematically testing each member from a large set of compounds in a standard brute-force method used in conventional mass data screening. Eve’s robotic system is capable of screening more than 10,000 compounds per day. Although automating her system to conduct such screenings is simple, the mass-screening approach is still relatively slow and wasteful of resources. The system also needs further improvement, because Eve doesn’t learn anything from conducting screenings that will speed up the next test.

Information for this report is from materials provided by Science Daily and the University of Cambridge. 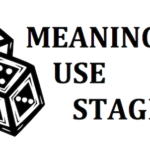 The Meaning of Meaningful Use