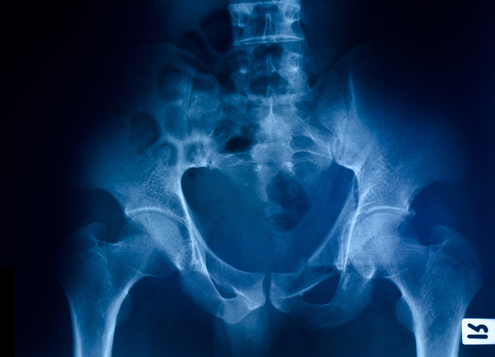 See the Future of Telehealth Through the Eyes of Teleradiology Do you ever wonder what telehealth will look like in the future?

Do you ever wonder what key drivers will take it into that future?

Do you ever wonder what telehealth will look like in the future?

Do you ever wonder what key drivers will take it into that future?

Believe it or not, a very strong predictor of the future of telehealth already exists.

Teleradiology – the most mature area of telehealth.

So mature in fact that in the world of radiology, people consider it as part of the mainstream.

That’s where all telehealth should be – part of the mainstream of healthcare.

In today’s article, teleradiology industry veteran, Howard Reis, VP of Business Development at Teleradiology Specialists, shares what teleradiology looks like today and how it got there.

Through this, you’ll get some key lessons in how other areas of telehealth will evolve.

As we strive to understand how the telehealth market will grow and mature, we can learn from the commercial experience of one of its components, teleradiology, which has been estimated at 70% of the total market revenue for telehealth.

Teleradiology services in the United States is a $2 billion business.

There are well over 100 commercial teleradiology firms in the market today, and they serve well over half of all hospitals in the U.S.

According to InMedica, the global market for telehealth technology (excluding teleradiology) will reach nearly $1 billion by 2015 and grow to about $6.28 billion by 2020.

So if the rest of telehealth technologies and services are to reach and/or exceed the success levels of teleradiology, let’s examine what helped teleradiology succeed, so that we may learn from it.

The primary reason teleradiology took off as a commercial service after it was introduced by Nighthawk (now vRad) in 2001 was that the business model showed positive returns for the radiology groups that bought the service and the teleradiology props that provided it.

The ability to get insurance reimbursement for all exams was the key determining factor that made this happen.

The most likely rationale for why reimbursement was available was that radiology interpretative services were typically not provided with the radiologist on face-to-face contact with the patient.

Reimbursement is still a challenge for the broader telehealth market, precisely because other clinical diagnostic and treatment services are traditionally provided in-person rather than remotely.

However, at this writing 16 states have passed legislation requiring payors to reimburse for telemedicine consults as much as they do for in-person consults.

Insight #2: They knew who the customer was

Knowing who the customer is has always been an important part of the sales cycle.

Multiple decision makers lengthen the cycle, increasing the cost of sale to the provider.

Teleradiology succeeded in part by figuring out exactly who its customer was and selling the solution to solve that customer’s problems.

With other areas of telehealth, there is rarely a single coordinator with contract signing authority. Therefore, it’s not quite as easy to identify a single customer.

Telehealth companies must deal with the ER and Neurology for telestroke services, with the ICU for Tele-ICU services, with discharge planning or the visiting nurse group for home telehealth services.

To emulate the success of teleradiology, telehealth companies should focus on solving problems for a particular clinical area rather than trying to be a general solution.

If their solutions are generally applicable across multiple clinical areas, then they can market specific solutions for each area (even if it’s the same technology underneath).

Insight #3: It solved a problem!

When commercial teleradiology companies entered the marketplace with a new service offering, they found a willing ear with the radiology groups they wanted to engage by delivering a solution to one of their primary complaints.

Radiology groups were happy to hire a well-credentialed group of radiologists to read Preliminary Studies from the emergency room at NIGHT!

They no longer needed to persuade one of the partners to take the overnight shift and be unavailable or ineffective the next day.

Another benefit was that by employing a variety of sub-specialty trained radiologists, teleradiology firms were able to provide more highly skilled practitioners to read exams.

This was especially important to smaller practices who could not hope to cover this depth of talent.

The lesson for telehealth is to concentrate on the specific problems being addressed through the implementation of a telehealth system.

Are there cost savings which can be realized by reducing the number of patients who need to be transferred for additional care?

The problem you’re solving has to be clear, relevant, and important, and the benefits of the solution have to be proven and easily articulated.

Many teleradiology CEOs are radiologists and many of their initial customers are their medical school classmates.

They go to radiology conferences, are members of radiology societies and read radiology literature.

Rather than identifying itself as being part of the telehealth or telemedicine community, the teleradiology industry aligns itself with radiology.

For example, over 20 teleradiology firms exhibit each year at RSNA (Radiology Society of North America), the largest medical trade show in the country.

Yet, none of these firms are likely to exhibit at the annual meeting of the American Telemedicine Association “The World’s Largest Telemedicine, Telehealth & mHealth Trade Show”.

The marketing directors for the teleradiology companies have learned that you need to go where your customers are (see Insight #2).

Telehealth needs to more closely align with the medical specialties that it is enhancing.

So rather than talking about telehealth, people need to talk about solving a specific healthcare problem, and then introducing telehealth products or services as a way of solving that problem.

Insight #5: Competition and controversy will increase

As Nighthawk evolved, they opened up reading centers in Australia and Switzerland to take advantage of the time shift.

A few years later, in order to exploit a price advantage between the salaries of U.S. radiologists and those trained and living in India, several firms began offering a significant price break for the reading of preliminary exams from the U.S.

While several of those firms which continue to function today offered a high quality service (often from U.S. trained doctors) several firms were suspected of having studies “ghost-read” by less qualified technicians and then signed off by a single doctor.

This practice led some hospitals to insist that all of their studies be read by U.S. doctors.

Another controversy was in the area of “predatory practices”.

There are well known cases where radiology groups have lost their hospital contracts to “teleradiology companies” who now were offering to become the reading group for the whole hospital.

Locales like Toledo, Orlando and Sacramento became known in radiology circles for the upheaval caused by a change in the radiology contract holder.

Many groups now insist of contract language to protect them from this practice.

While telehealth may have started off with altruistic purposes, this has become a business with all the benefits and drawbacks that this implies.

Teleradiology’s high adoption into mainstream radiology has led to significant growth and competition.

A by-product of this is the increased perception of teleradiology as a commodity.

For example, prices for teleradiology interpretations have decreased over 30% in the past five years due to both decreasing reimbursement and increasing teleradiology competition.

Preliminary CT scans that were priced at $50 as little as five years ago are more likely to cost $35 today.

With so many potential customers to call on, teleradiology providers have learned that survival and/or profitability depend on segmenting their market (i.e. breaking it down even further into groups of like-minded customers).

Market segmentation helps them focus their message in a way that differentiates them from their competitors, and thereby gain market share.

Originally all companies were providing nighthawk services – or reading ER exams at night.

Since those early days, teleradiology companies have developed new strategies to either enter new markets or strengthen their competitiveness:

The broad lesson for telehealth is that telehealth services will expand their offerings by providing increasingly sophisticated and specialized expertise for very specific clinical settings, enabling them to open up new markets.

In order for telehealth to gain the commercial acceptance that teleradiology has, the first hurdle is to resolve the issue of reimbursement in all states.

As the business matures, market factors like customer identification and segmentation become as critical as solving the technical and clinical components of service delivery.

Surviving companies in the increasingly competitive industry will develop case studies which show both the delivery of superior patient care as well as a positive financial return for the market participants.

To contact Howard Reis for further discussion on how your telehealth solution can benefit from teleradiology, you can reach him at hreis@teleradiologyspecialists.com.