Anytime a major change occurs in healthcare, and organizations are asked to change the way they operate, the first thing they should consider is the bigger picture; the risk-benefit analysis of choosing to say “yay or nay” to the proposed changes.

Anytime a major change occurs in healthcare, and organizations are asked to change the way they operate, the first thing they should consider is the bigger picture; the risk-benefit analysis of choosing to say “yay or nay” to the proposed changes. Accountable Care has been, for a while now, the most-talked about endeavor to change American healthcare, and while it’s been relatively painless for some organizations to adopt, others have not had such of easy time of it.

As we’ve stated many times before, the ACO ideal is a solid one, and one that in theory should address some of the out-of-control costs that we are attempting to rectify: by having our patients participate in a network of providers that can be held accountable not just for the quality of care, but the cost, we are making it much easier for healthcare organizations to track quality measures, cost and analyze it next to patient outcomes. By making connections between the kind of care we provide, and how much money we spend, to how the experience of patients, we can then justify our needs – and the needs of our patients – to those responsible for doling out our financial resources.

This might sound reminiscent of another healthcare endeavor: the patient-centered medical home (PCMH). If it sounds familiar, it’s likely because more and more healthcare systems are adopting the concept. The PCMH model of care takes disconnected primary care practices and laces them together through care coordination measures and infrastructures put in place to build a robust network of support for patients. PCMH and ACOs intersect at the ideal that patients should have consistent access to quality care and that no one should be breaking the bank – payers, providers or patients.

All that being said, some healthcare organizations are finding that while ACOs might be remarkable in theory, they are really a struggle to put into practice. There comes a time when the risk/benefit profile may suggest that the time isn’t right for ACO adoption – but how can healthcare systems evaluate if that’s true for them?

Data from the Centers for Medicare and Medicaid that have been providing an ongoing evaluation of some pilot ACO programs suggest that it’s hard to know, in the short term, if ACOs are effective. This is partially because the cost-savings can really only be evaluated on a longitudinal basis – and early data that shows up front costs may offset the actual cost-savings that would be visible after several years in the program. A few of these initial pilot programs however are well into their second or third year, and while some have reported savings already, a few notable others have ditched the program – or, opted not to begin reporting their outcomes for at least another year.

For hospitals who decided to leave the program entirely, though, it’s probably necessary to understand what the financial outlook was for those organizations prior to the implementation of ACOs. After the first year savings report was released, many hospitals had paused to reflect on whether or not they felt that they could invest another year of time and resources – ultimately, those that did not had less experience in cost-sharing programs, either at a clinical or administrative level- and the relatively lack of experience probably gave them a handicap right out of the starting gate.

Alternatively, hospitals that did have previous cost-sharing experience not only were more likely to see savings and avoid losses, but were more confident in the long-term benefit of ACOs for their organization.

Just because your organization doesn’t have a lot of experience with cost-sharing doesn’t mean you’re necessarily doomed when it comes to ACOs, but it might mean that you need to approach the implementation more thoughtfully. You likely could benefit from a bit more support at the outset and help with monitoring your benchmarks along the way.

It’s still much too soon in the game to say, definitively, whether ACOs are the fix for the ailing healthcare system. That being said, it’s now up to each individual organization to concern themselves with improving their own processes, and for some, ACOs might be a step in the right direction. 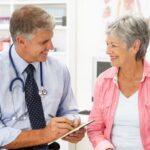 Physicians Finding the Joy in Population Health
Next Article 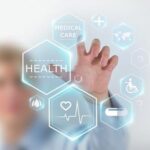