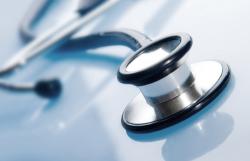 Studies Show ACOs Are Succeeding in 2014 With over 10 million patients covered by Obamacare, the pressure is on for hospitals to acquire ACO status.

With over 10 million patients covered by Obamacare, the pressure is on for hospitals to acquire ACO status. Accountable Care Organizations were a hot topic of conversation at the beginning of the year, when 15 million patients had coverage under an ACO in the U.S. Now, midyear, a new report shows that the number has jumped up to over 20.5 million.

How many Accountable Care Organizations have been setup?

There are now over 600 ACOs in the United States – most of which are in the densely populated northeast. While there has been steady growth thus far in 2014, with ACOs cropping up in more sparsely populated areas in the midwest, the full ACO transition will likely take years.

The evolution from fee-for-service to accountable care won’t happen overnight, but plans nationwide have been set in motion -and with each quarter of the fiscal year that passes, it would seem that the U.S. is making steady progress.

What are the costs of Accountable Care?

Of major concern to many who are considering taking the plunge to ACO status is start-up cost – to put up several million dollars, any fiscally minded institution would want to be clear about the expected ROI. However, as many major players in healthcare reform point out, much of the cost of “going ACO” is already part of other requirements and standards that hospitals need to meet- such as the adoption of an electronic health record.

This is good news for smaller physician practices who may be wary of joining up with hospitals if they feel that they will lose their independence and decision making authority. This is not the case, however – particularly if the hospital and ambulatory offices split the cost of EHR implementation – thereby holding each part equally accountable.

What about social change?

It’s not enough to talk about money, however: a major social shift needs to occur within healthcare systems to accommodate the new expectations of care. It’s been said over and over again, like a skipping record for many – we can no longer do what we’ve always done. Every element of the healthcare system is undergoing a renaissance -and ultimately, those who are resistant, will be left in the dust.

Blood, sweat and tears now will payoff in the long run

That being said, for many smaller practices and even smaller healthcare systems, the idea of putting up so much time, effort, money and resources seems daunting, even terrifying for some systems that are already on shaky ground. But the reality is, over the next few years the hard work and chances taken now will pay off in the long run – not only fiscally, but increased patient satisfaction, safety and outcomes- and that’s what healthcare is all about, remember?