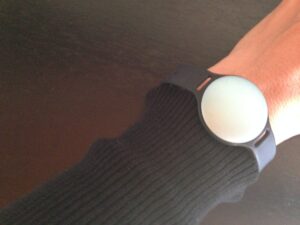 On a 5-day back-packing trip in British Columbia, I put two sensors to the test. While neither were designed specifically for this purpose, my impressions are definitely relevant to the usability of the sensors in everyday life.

On a 5-day back-packing trip in British Columbia, I put two sensors to the test. While neither were designed specifically for this purpose, my impressions are definitely relevant to the usability of the sensors in everyday life.

I’ve been using the FitBit Zip for over a year, and here at Wellpepper, we’ve blogged about experiences with sensors before. We integrated Wellpepper with FitBit for a Boston University study on engaging Parkinson’s patients and so the Wellpepper team all got FitBits to test the product and integration. BU chose the FitBit Zip because it had a long battery life and was easy to sync. They didn’t want study participants to have to worry about constantly charging the device.

For my trip, I decided to also try the Misfit Shine that I received as gift at the XX in Health Conference. I started on the trail with the Shine on my wrist and the FitBit clipped to my shorts. I had two main goals for the devices, which may be different than their intention but I thought they should work for the purpose: to tell time and to know how far I’d gone and how far I had to go until the next campsite.

I have to say, that sadly, I actually needed both devices to accomplish the task and there were problems with each. The following is my review of how the devices stacked up for telling time, judging distance, ease of use, and form factor.

Telling time: The Shine shows you the time by flashing a light at 12, and then flashing the hour location and minute location using lights on a radius, because the time doesn’t advance the “hour” hand stays on the previous time until it hits the next full hour making 6:45 for example, look like 5:45. This made telling time an intellectual exercise. Maybe this was the point, but not being able to glance at the thing on my wrist to find out the time was pretty frustrating. It was also extremely hard to see the flashing lights in bright sunlight. So, for telling time, I’d have the Shine a C. Distance: The Shine uses goals that are awarded according to points. This is so that you can track multiple activities. The problem is that by default it only tracks steps or distance but the reporting on the device is only how complete you are on your goal. This makes it actually impossible to use the Shine for distance tracking without syncing to a cellphone. (I did not bring a cellphone on the trip due to battery life and complete lack of wifi signal.) Tracking Distance: I’d have to give the Shine an F.

Ease of Use: To get information from the Shine, you double-tap it. This in theory is easy but sometimes it didnât respond or because of the bright sunlight I’d miss what it was trying to tell me. However, syncing with the app was very easy and the app is reasonably usable (although I still haven’t figured out which night sleep tracking is showing). I didn’t find out until after the trip that in order to record other activities like swimming, I was supposed to tell the Shine that an activity other than walking had started. Ease of Use: B+

Form Factor: The Shine is an attractive metal disk. However, it’s on a rubber wrist band so to call it jewelry is a bit of stretch unless you live in Silicon Valley or maybe Seattle. The metal is smooth and pleasing to the touch but I really wish it told you some information when you look at it. Form Factor: A-

Other: The Shine tracks sleep, which is quite interesting. However, I didn’t have this information until after the trip when I synced it with the app. And, as mentioned previously, it’s hard to tell what night it’s showing. For example, it’s Thursday. The sleep tracking I see shows “Today” which I’d assume is Wednesday night, “Yesterday” which I’d assume is Tuesday night, but then Tuesday - is that Monday night? Again, the Misfit Shine feels like it makes me work too hard for the information. What is restful sleep?

Telling Time: Normally, the FitBit would have gotten an A+ in this category. However, after changing the battery and syncing with the phone, as soon as we got on the trail the time somehow changed to 3.5 hours later than the current time. Telling time: D

Distance: This is where the FitBit is awesome. It counts steps and distance. We relied on the distance tracking constantly to track progress on the trip. Distance: A+

Ease of Use: The FitBit wins here too. The display on the actual device shows you everything you need to know, and cycles through steps, time, distance, and an emoticon representing your daily activity by simply tapping the face. You don’t need to sync to the phone to get crucial information. I bought at FitBit Zip for my mother for this reason: simple and easy to use. Ease of Use: A+

Form Factor: The FitBit Zip is light and can easily clip to your clothes. On a backpacking trip it doesn’t matter if you’ve got a funny plastic thing clipped to your pants. In the city, it’s hard not to look like a bit of a dork. Recently, my FitBit lost its protective cover and now has some exposed prongs that have the potential to snag clothes. Also, it’s pretty easy to lose, either from it falling out of the case or putting it through the was on a pair of pants. Form Factor: B (until I get a Tory Burch FitBit.)

Other: The FitBit provides really great weekly summaries of your activity via email. It also enables you to challenge or track your friends activities. Downsides seem to be in durability. Both the Flex and the Zip only seem to last a year (based on anecdotal evidence from friends).

The reason so many friends on this list are “unranked” is that their FitBits have died. Neither of these devices were designed specifically with back-packing in mind and the Misfit Shine definitely was built with the assumption you would always have access to a phone to sync, however, it seems that each of them could have worked a bit better “off the grid.” On the other hand, if my FitBit wasn’t approaching the end of its life, it probably would have performed very well.

Regardless even reviewing some of these glitches in the light of daily usage, it still seems we have a long way to go. We’re really just at the beginning of what’s going to be possible with self-tracking. Let’s hope devices get more durable, smaller, and easier to use. 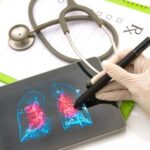 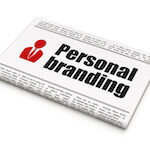