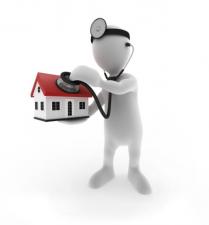 First published on MedCityNews.com. Virtual house calls are feasible and well-received among people with Parkinson’s disease, according to a telemedicine case study published today.

First published on MedCityNews.com. Virtual house calls are feasible and well-received among people with Parkinson’s disease, according to a telemedicine case study published today.

Dr. Ray Dorsey, a neurologist at University of Rochester Medical Center, led a project that offered free telemedicine visits to 50 Parkinson’s disease patients in California, Delaware, Florida, Maryland and New York — the states where he’s licensed to practice. Participating patients ranged from those who were getting a second or third opinion to others who were seeing a neurologist for the first time. They spent 30 to 60 minutes with a specialist using Vidyo’s web-based video conferencing software.

A summary of feedback from the project, as published in Neurology: Clinical Practice, reported that nearly all of the televisits resulted in some form of treatment recommendations, like changing or adding medications, discussing surgical options or recommending exercise. Four patients with unknown diagnosis were diagnosed with likely comorbidities, and four more were identified as potentially having impulse control disorders. Dorsey and his colleagues reported that patient satisfaction, as measured by a survey administered after the visit, exceeded 90 percent.

“We have an ample supply of neurologists in the country to take care of people with Parkinson’s, but because of distance, disability, and the distribution of doctors, many patients have a difficult time seeing a specialist,” he said in a statement.

Dorsey and colleagues at Johns Hopkins Medicine and University of Rochester Medical Center have been working for the past few years on demonstrating the benefits of telemedicine in Parkinson’s and plan to expand their most recent project. With additional support from the National Parkinson’s Foundation and the Patient Centered Outcomes Research Institute, they’re launching a new study called Connect.Parkinson. It will enroll 200 individuals beginning next year, some of who will receive their usual care from a physician and others who will receive additional virtual care from a Parkinson’s disease center of excellence.

Despite the growing body of evidence around the benefits of telemedicine, a few big barriers remain. One is that, in some states, Medicaid and private insurance don’t reimburse healthcare providers for virtual consultations. The other is that physicians must be licensed to practice in the state that the patient is in.

Parkinson’s lends itself to telemedicine because so many aspects of the diagnosis and treatment involve conversation with an individual and observing him or her performing certain tasks. “James Parkinson wrote the seminal description of the condition in 1817 by watching people walk in the park,” Dorsey said. “This is just a 21st century application of that principal of observation.”